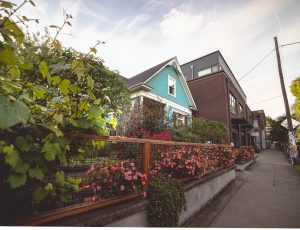 For decades the rate of homeownership among Black, Latinx, Asian, and other minority demographics lagged far behind the rate among White Americans. That is due to a history of structural barriers.

The Urban Institute has found that even though those homeownership rates will continue to lag, demographic changes alone suggest that over the next two decades, the net growth in homeowners will be solely among families of color, according to research associates Lauria Goodman and Zun Zhu.

That said, changes in household and homeowner composition will look very different across states.

The Institute's "state fact sheet" series offers detailed statistics and projections about future household formation and homeownership for each of the United States.

Breaking it down to more digestible analysis, UI is taking a look at four states with very different racial and ethnic compositions and, its researchers expect, a wide range of possible homeownership trajectories over the next two decades.

Those sample states include Texas, Georgia, California, and Minnesota. 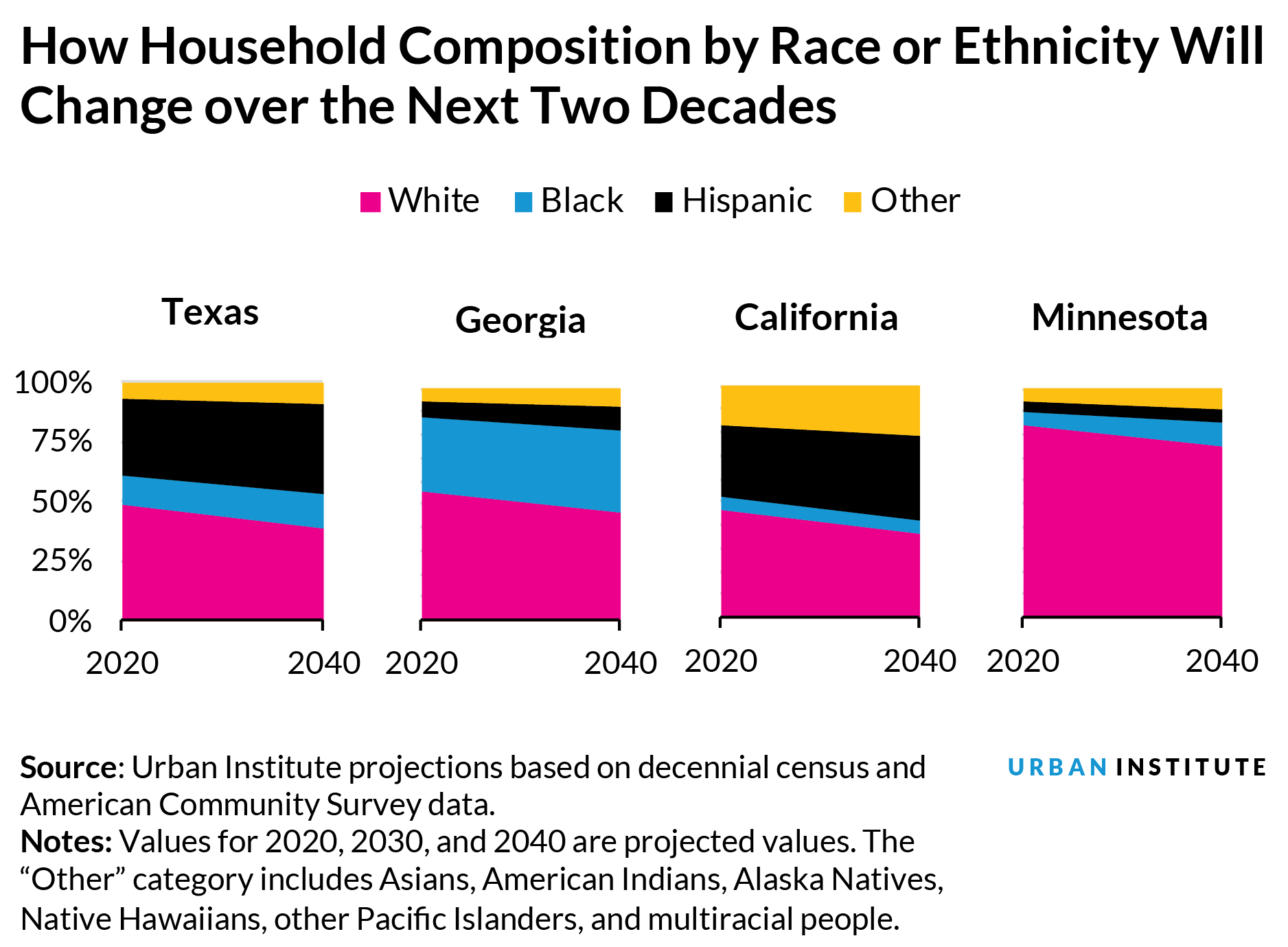 The number of households in Texas is expected to increase from 10.1 million to 13.2 million, 31.5% compared with the national average of 12.4%. Households in the Lone Stat State were very diverse in 2020, according to Institute researchers: 48% White, 13% Black, 32% Hispanic, and 6% Asian and other.

Institute researchers project the number of new Georgia households will increase from 3.9 million to 4.8 million, a 21.5% increase.

The number of California households is expected to increase from 11.5 million to 13.2 million, a 7.3% increase that’s much lower than the national average of 12.4%. It is one of the most diverse states, UI shows.

Again, the institute has detailed intel and projections for every state and they say, "The housing industry and state and federal policymakers need to be aware of these trajectories so they can prepare for and support homeowners of all races and ethnicities."

The entire report is available at Urban.org.