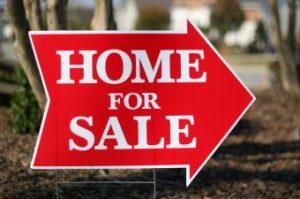 Inventory shortages have become one of the defining trends of the housing market in recent months. Demand for homes is skyrocketing, but lack of sufficient supply is driving high home prices ever higher, forcing some homeowners to stay in their current homes, thus exacerbating the problem even further. With the latest installment of its proprietary Potential Home Sales Model [1], First American Financial Corporation has taken a closer look at some of the factors aggravating the housing shortage.

For the month of March 2018, First American [2], a global provider of title insurance, settlement services, and risk solutions for real estate transactions, reports that potential existing-home sales increased to a 6.04 million seasonally adjusted annualized rate (SAAR). This represented a 0.3 percent increase over February 2018’s numbers and a 61.8 percent increase over the market potential low point measured in February 2011.

First American reports that the market potential for existing-home sales also increased by 3.4 percent year-over-year in March, representing an increase of 201,190 (SAAR) sales. Potential existing-home sales are currently at 1.25 million (SAAR), according to First Am, putting them 17.1 percent below the pre-recession peak of market potential that occurred in July 2005.

Putting those numbers further into context, First American finds that the market for existing-home sales is underperforming its potential by 4.5 percent or an estimated 273,000 (SAAR) sales. That gap increased by an estimated 22,700 (SAAR) sales between February and March.

“The lack of supply is the primary culprit,” said Mark Fleming, Chief Economist at First American. “The inventory of homes for sale in most markets remains historically tight, yet demand continues to rise as millennials further age into homeownership. Limited supply and rising demand means house prices are surging, so why aren’t more existing homeowners selling their homes?”

Fleming points to two phenomena in particular. First, many borrowers are “rate locked,” meaning they are hesitant to leave their current home when finding a new one will likely involve a higher interest rate than what they currently have. “There is limited incentive to sell when, due to higher mortgage rates, it will cost you more each month just to borrow the same amount from the bank,” Fleming said. “As mortgage rates rise further, more existing homeowners may become rate locked into their existing homes.”

Second, the supply limitations are also minimizing existing homeowners’ motivation to sell because there’s no guarantee they’ll be able to find a new home that meets their needs or desires.

“Potential sellers face a prisoner’s dilemma,” Fleming said, “a situation in which individuals don’t cooperate with each other, even though it seems in their best interest to do so. If sellers all choose to sell, they would all benefit as buyers because they would increase the inventory of homes available and alleviate the supply shortage. However, the risk of selling if others don’t in a market with a shortage of inventory prevents many existing homeowners from selling. The result is prices are further bid up by competition for the increasingly short supply.”

First American’s Potential Home Sales Model “measures existing-homes sales, which include single-family homes, townhomes, condominiums, and co-ops on a seasonally adjusted annualized rate based on the historical relationship between existing-home sales and U.S. population demographic data, income, and labor market conditions in the U.S. economy, price trends in the U.S. housing market, and conditions in the financial market.”