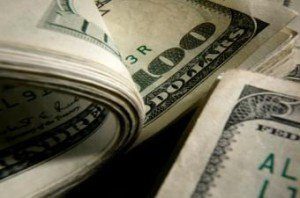 The GSE states that it is making the changes to promote alignment and industry standards for the Uniform Mortgage Backed Security (UMBS).

“The Fannie Mae current coupon spread over a blend of Treasury 5- and 10-year notes, a popular valuation method for mortgage investors, has widened 12 basis points to 85 since March 26, when it closed at its tightest level since January 31, 2018, according to data compiled by Bloomberg,” write Bloomberg reporter Christopher Maloney. “Its average level last year was 82 basis points.”

Freddie Mac’s IRCI updates will be effective beginning with the June 6, 2019 monthly factor/disclosure for all currently issued PCs. This initiative will also apply to the new Freddie Mac UMBS and MBS, which Freddie Mac expects it will begin issuing on June 3, 2019.

In March, the Federal Housing Finance Agency (FHFA) issued a final rule that requires Fannie Mae and Freddie Mac to align programs, policies, and practices that affect the cash flows of “To-Be-Announced" (TBA)-eligible Mortgage-Backed Securities. The agency statement indicated that this is a major step forward. “This rule demonstrates FHFA's commitment to the success of the UMBS, which will promote liquidity and efficiency in the secondary mortgage market," said Joseph Otting, FHFA Acting Director.