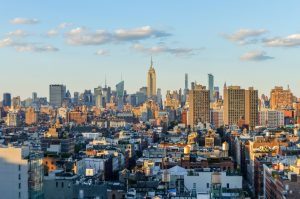 Real estate agents rely heavily on their area of operations, so their location is just as important to them as it is to their clients. In a recent study, WalletHub tried to determine which cities were best for real estate agents. The site examined over 170 U.S. cities using 18 indicators to determine where the market was healthiest for agents due to demand, prices, and a number of other factors.

In terms of sales, Honolulu ranks boasts the highest number of sales per agent, as well as the highest annual median wage for agents.

Despite the high earnings of agents in metro areas such as these, agents must be willing to adapt to change, even in these high-earning markets. These changes include new tools such as inline buying services and apps. WalletHub asked a panel of experts, “Should real estate agents feel threatened by new apps and other online tools offering services to potential homebuyers?” The answer from most panelists was “maybe.” According to WalletHub's study, agents need to adapt to change and utilize new tools, technology, and techniques to their advantage in order to remain competitive.

“Real estate agents who are willing to embrace technology and innovative changes should be excited and should embrace these things,” said Daryl D. Green, Dickinson Chair of Business and Professor in the Paul Dickinson College of Business at Oklahoma Baptist University. “However, those individuals who are unwilling to embrace change should be scared. Change is coming to all industries, ready or not.”