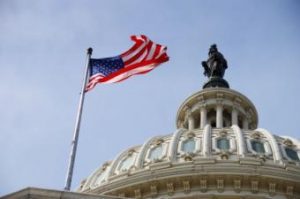 Capping off a week of meetings between mortgage servicing professionals and related government agencies in Washington, D.C., on Thursday, representatives from the National Mortgage Servicing Association’s (NMSA) Joint Federal Agency Task Force met with HUD for a collaborative discussion about the future of the industry.

The NMSA Task Force group met with government officials at HUD’s headquarters to discuss the pressing issues facing the mortgage servicing sector, including matters related to the servicing of FHA loans.

The Task Force meeting followed Wednesday's general assembly of the NMSA membership, which included the announcement of Wes Iseley, Senior Managing Director at Carrington Mortgage Holdings, as the group’s incoming Chair, taking over from outgoing Chair Ray Barbone, EVP of Mortgage Services for BankUnited. The NMSA meeting also included a legal update presentation from Legal League 100 Chair Roy Diaz, who discussed matters such as the Supreme Court's recent ruling in the case of Obduskey v. McCarthy & Holthus LLP, which found that businesses engaged in nonjudicial foreclosure proceedings are not considered "debt collectors" under the Fair Debt Collection Practices Act.

Iseley told DS News, “NMSA members had a productive meeting with Brian Montgomery, Assistant Secretary of Housing and Urban Development for Housing and Commissioner of the Federal Housing Administration, and his staff, to discuss recommendations to benefit FHA’s Mutual Mortgage Insurance Fund, the industry, and homeowners. The NMSA membership looks forward to continued discussions towards advancing these and other important recommendations.”

“Today’s meeting was a productive and important step in continuing to address the challenges facing the industry,” said Ed Delgado, President & CEO of Five Star Global. “We thank HUD and Commissioner Montgomery for their commitment to homeownership and look forward to a continuing dialog in order to best support the needs of the American homeowner.”

Thursday’s meeting wrapped up a week of events that began on Tuesday with the 10th annual Five Star Government Forum at the Newseum, where leaders from the mortgage industry engaged in an open dialogue with their government peers, including representatives from HUD, Fannie Mae, Freddie Mac, CFPB, the Department of the Treasury, Ginnie Mae, and FHFA.