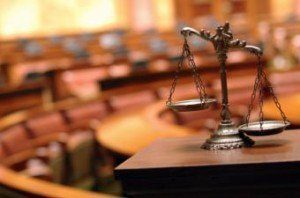 When the Office of the Comptroller of the Currency (OCC) released an update to its Licensing Manual, which allows for fintech companies to receive bank charter, the decision was met with some criticism. On Wednesday, The Conference of State Bank Supervisors (CSBS) announced that it has filed a complaint in the United States District Court for the District of Columbia against the OCC, claiming that the attempt to create a national nonbank charter will harm markets, innovation, and consumers.

The OCC’s supplement to its Licensing manual allows for fintech companies to apply for “special national bank charters.” According to the OCC, a special national bank “means a national bank that engages in a limited range of banking activities, including one of the core banking functions described at 12 CFR 5.20(e)(1), but does not take deposits within the meaning of the Federal Deposit Insurance Act and therefore is not insured by the Federal Deposit Insurance Corporation.”

“The OCC’s action is an unprecedented, unlawful expansion of the chartering authority given to it by Congress for national banks.  If Congress had intended it to be used for another purpose, it would have explicitly authorized the OCC to do so,” said John W. Ryan, CSBS President and CEO.  “If the OCC is allowed to proceed with the creation of a special purpose nonbank charter, it will set a dangerous precedent that any federal agency can act beyond the legal limits of its authority.  We are confident that we will prevail on the merits.”

In the complaint, the CSBS asserts that by creating a national bank charter for nonbanks, the OCC has overreached its Congress-given authority under the National Bank Act. According to the CSBS, the OCC does not have the authority to create a special purpose charter for nonbanks without specific congressional approval.