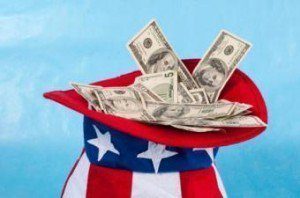 The CHOICE act announcement came alongside Wednesday’s tax reform plan announcement, which calls for a reduction of corporate taxes down to 15 percent, cutting the top tax bracket down to 35 percent, and doubling the standard deduction. Mnuchin called the reform the “The biggest tax cut and largest tax reform in history of this country.”

Not all memebrs of the Financial Services Committee agree with Hensarling and Mnuchin. During the hearing on Wednesday, Representative Maxine Waters (D-California) expressed her disapproval of the Financial CHOICE Act.

“Democrats are going to fight against it, and stand up for Main Street,” said Waters. “This bill must not become law. There is too much at stake for consumers and for our whole economy.”

Despite the support of Dodd-Frank regulation, Hensarling argues that Dodd-Frank has done more harm than good. Financial CHOICE aims to right those wrongs.

“Under Dodd-Frank, consumers are paying more and getting less. Their costs have gone up, and they have fewer choices, more hassles and less access to credit,” said Hensarling. “True consumer protection comes from competitive, transparent and innovative markets that are vigorously policed for fraud and deception. This is precisely what the Financial CHOICE Act will do.”

An executive summary of the Financial Choice ACT can be found here [2].