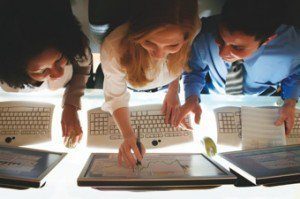 The emergence of financial technology, or fintech, in the banking industry is an increasingly hot topic, and the way Thomas Curry, federal comptroller of the currency, sees it, “Innovation can change everything.”

That was the core of Curry’s message at Northwestern University’s Kellogg School of Management Friday, where he addressed the evolution of financial technologies in the federal banking system at the Fintech and the Future of Finance Conference. But while Curry was bullish on innovative platforms, he added  caveat about innovation.

“It must fit within the company’s business plan, the risks must be understood and managed, and consumers must be treated fairly,” he said. That’s what I mean by responsible innovation and that’s what innovation must achieve for it to live up to its potential.”

At the conference, Curry spoke of the ways the federal banking system could support responsible innovation within banks and among fintech companies seeking to partner with banks. He referenced an ongoing conversation on the matter that’s been in the offing for two years.

“Of course, the conversation now also includes a debate about the appropriate way to license a fintech company and supervise its activities on a national scale,” he said.

The timing of that statement is interesting to say the least. Just two days before the conference, the Conference of State Bank Supervisors (CSBS) filed a complaint in the United States District Court for the District of Columbia the OCC for allowing fintech companies to receive bank charters. The CSBS said the updated rule will harm markets, innovation, and consumers.

“If the OCC is allowed to proceed with the creation of a special purpose nonbank charter, it will set a dangerous precedent that any federal agency can act beyond the legal limits of its authority,” CSBS President and CEO John Ryan said in a Wednesday statement.

Veronica Montagna, a partner at McCarter & English LLP told Law360, “I think the plaintiffs are fairly likely to prevail in this lawsuit—in relative terms, their arguments strike me as stronger than the likely defenses,” said

Nevertheless, Curry pushed his vision for a fintech wonderland in the United States. He spoke of the growth of marketplace lending, saying it is “just one of the many ways that fintech is changing how consumers relate to financial service providers and how they take charge of their finances.”

Beyond marketplace lending, he said, banks are changing how customers interact with their money through more responsive and automated tools that support payments, promote savings, smooth income volatility, and provide personalized credit solutions that satisfy their lifestyle and needs. He also mentioned new cardless ATMs that allow customers to tap into their accounts through their phones.

But with connectivity and expanded service, Curry warned for the need for vigilance against terrorist funding, fraud, and the ability of criminals to hack into private accounts.

“All types of entities operating in the financial sector—not just banks—must ensure that they focus on protecting consumers and controlling the risks of money laundering and terrorist financing as they implement new ways of delivering financial services,” he said.