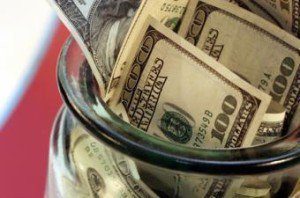 This was below the Wall Street estimate for the quarter, but in the opinion of Brett F Ewing and S. Lance Mitchell, Chief Market Strategist and Research Director (respectively) for First Franklin Financial Services [2], this is an “inflection point” for the economy in the midst of a tight labor market.

“One thing that surprised us was the pickup in business investment despite the uncertainty in the future of business policies that the Trump administration is targeting,” said Ewing and Mitchell. “That’s a great sign because if the environment improves, which we think it will, more investment will follow. It definitely shows a pent-up demand and willingness to invest, even in the face of a murky future.”

The New York Times noted [3] that the drop in spending followed a large increase in Q4 2016, and was an inevitable reversal. Michelle Meyer, Chief United States Economist at Bank of America Merrill Lynch [4], told Times that healthier business investment indicated that the overall economy was performing better than the headline numbers would suggest.

The Bureau of Economic Analysis emphasized that the first-quarter advance estimate released on Friday is based on source data that are incomplete or subject to further revision by the source agency. The "second" estimate for the first quarter, based on more complete data, will be released on May 26.