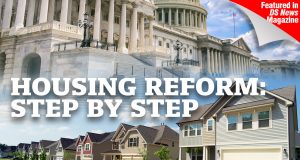 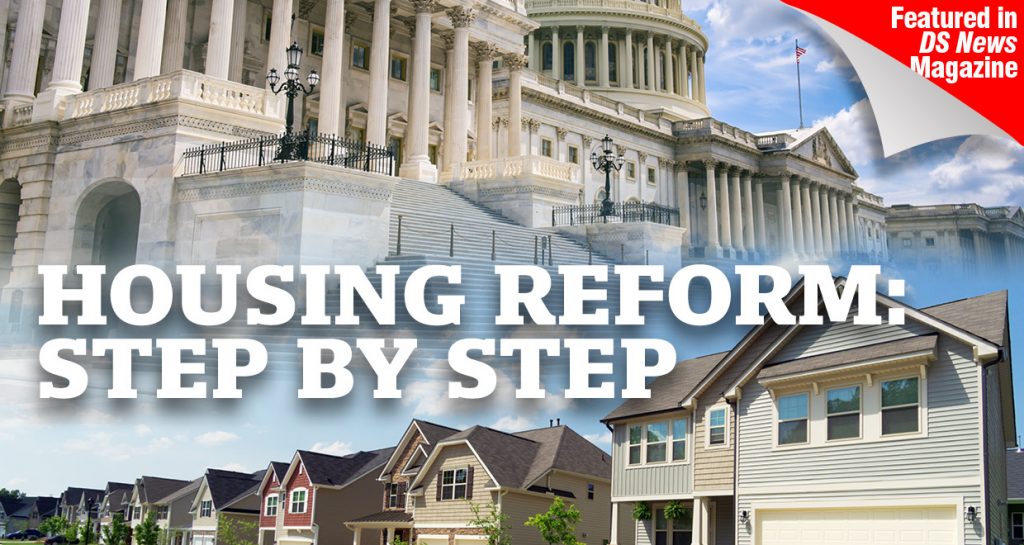 GSE Reform has been a hot-button issue since the GSEs were put into conservatorship over a decade ago, and rightfully so. The housing and housing finance markets continue to evolve. While demand for homeownership remains high, many borrowers are coming to the market with increased amounts of student loan debt and a job market that is increasingly being shaped by the emerging gig economy. Much has been written about the lack of available housing inventory, especially at a price point geared toward first-time homebuyers. The housing market has had a good, extended run since we turned the corner from the Great Recession, but many economists are sounding warning bells about potential bubbles, and now the latest news on the global economy is less than stellar.

Even if you believe that there are no impending challenges to the housing market, it does not follow that reform isn’t needed. It is indeed very much needed. Simply consider the changes we’ve seen to the job market, to student lending, and to the demographics of potential homebuyers, just to name a few. However, despite the constantly evolving market, it does not appear that legislative reform is imminent. That does not mean that reform is not happening—it is happening on an almost daily basis via regulatory actions.

Regulators are stepping into the void and taking actions that could have immediate and material impact on the housing market. In this environment, it is important that legislators and policy makers watch closely to make sure that regulatory changes further the important objectives of ensuring a stable housing market with access to affordable, sustainable mortgage lending for home-ready borrowers, protecting taxpayers, promoting stability in housing finance, and fostering transparency. If each of these four principles is kept at the center of the discussion, we will be able to move forward as an industry in a much more stable and positive way, benefiting all of our customers, whether they are homeowners, homebuyers, or taxpayers.

II. Promote Stability—There is broad agreement on the importance of maintaining a stable market for the 30-year fixed rate mortgage, which is encouraging. While the ultimate goal would be legislation that provides an explicit government guarantee covering credit losses, much can be done today. In particular, regulators should be working to set, and supervise, mortgage lending and servicing standards that promote stability. Examples of regulatory oversight include review of the types of products being offered and syncing up standards so that one segment of the market does not have an incentive to start a “race to the bottom” on lending. As the Federal Housing Finance Agency continues to work on a revised Enterprise Capital Framework proposal, the Agency should be mindful of the impact the new Framework will have, not only on the GSEs, but on the market as a whole. Either too much or too little capital could be very disruptive.

III. Ensure Access—Access to mortgage finance for creditworthy borrowers and participation by lenders of all sizes is significant when you are talking about taking next steps and how to best move forward in the future. Loan-level credit enhancements can facilitate low down-payment lending to creditworthy borrowers, especially when placed on mortgage loans before they are guaranteed by the federal government. To ensure lenders of all sizes and types can participate in the market, all lenders should have access to the same fees and origination costs. Also, the GSEs have made great strides in technology while in conservatorship. As housing reform advances, we need to make sure that the entire market benefits from the advances that the GSEs have made, not just particular pockets of the market.

IV. Foster Transparency—A key to a stable and robust future housing market will be transparency and clarity around underwriting, capital standards, and loan performance. Real transparency will help ensure that all borrowers are offered the best product at the best price. Similarly, transparency will enable market participants—lenders, servicers, mortgage insurance providers, and investors—to ensure that they are being held to standards that are consistently applied across industries, to avoid picking winners and losers. The GSEs have decades and decades of data that would benefit the overall market, and as technology advances, the amount of data available will only increase. Similarly, greater insight into the engines that drive much of today’s underwriting—Loan Prospector and Desktop Underwriter—would enable the broader market to not only understand credit policy, but to assess it as it evolves. Eventually, this transparency could encourage other mortgage guarantors to enter the system.

At this point, you may be asking yourself, “So, what might housing reform look like in a world where Congress is unlikely to act in the near term?” That is a thoughtful and honest question, and to be frank, regulators have tremendous power to shape, or reshape, the housing market. That kind of regulatory reform is happening today. Among the initiatives currently under consideration at the Federal Housing Finance Agency, the Consumer Financial Protection Bureau, and the Securities and Exchange Commission alone are the impending Enterprise Capital Framework coming from the Federal Housing Finance Agency, the Qualified Mortgage Notice of Proposed Rulemaking (expected to be published by May), and reconsideration of disclosure requirements under Regulation AB at the Securities and Exchange Commission.

Each of these would have a major impact on cost and availability of mortgage lending. As regulators continue moving forward on significant structural changes, we as professionals and leaders in the housing market should keep a close watch to see how these initiatives stack up against the four principles outlined above and be vocal in our advocacy. This kind of oversight is especially important because of the complicated and interconnected nature of the housing finance market. We do not want to be in a position where we take our eyes off the ball, lose our place, and then wonder where things went awry.

Housing markets are driven by an almost unlimited number of factors: global and domestic monetary policy, global climate trends, population shifts, changes in job markets, technological innovations and advancements, the cost and availability of raw materials, the attractiveness of competing asset classes for investors, consumer confidence levels, and the list goes on and on. In a perfect world, Congress would tackle housing reform in a way that considers the complexity and interconnections of the housing market, so the possibility of adverse unintended outcomes would be mitigated.

Another question you may be wondering about is, “How should we think about reform at a time when it is most likely to happen via regulatory action?” First and foremost, regulatory actions should be measured against the four principles of housing reform. Let’s take a look at bank risk-based capital as a purely hypothetical example. Imagine if bank regulators significantly reduced the amount of capital their institutions needed to hold against mortgaged risk. A move like that would have obvious implications for regulated banks. Just as important, it would also have implications for the GSEs, the Federal Housing Administration, nonbank mortgage lenders, mortgage insurers, homebuilders, and virtually every participant in the housing finance system.

These implications are not lost on regulators. However, with the possible exception of the Federal Reserve, no regulator is charged with a mandate to assess regulatory changes against any set of principles, let alone the four principles of housing reform outlined above.

To overcome this shortcoming while we wait for Congress to take up legislative reform, why shouldn’t we consider a simple framework that could be used by the key housing regulators (United States Department of Housing and Urban Development, Federal Housing Finance Agency, Consumer Financial Protection Bureau, Office of the Comptroller of the Currency, Federal Deposit Insurance Corporation, Federal Reserve) to help ensure that decisions are being made in a consistent and coordinated way when it comes to housing related matters? If executed in the appropriate manner, a principles-based framework could simplify and streamline regulatory activity. It also would create an informal but effective way to drive coordinated policy and avoid creating opportunities for regulatory arbitrage. Ultimately, this framework could serve as a starting point for developing a legislative reform package that would include a means to formalize inter-regulator cooperation and collaboration.

At the end of the day, the central point of the housing reform discussion is all about ensuring that the market and economy remain stable, consumers are protected, transparency is maintained, and access to affordable homeownership for all Americans is not compromised or diminished. If we, as businesses, regulators, legislators, policy makers, and advocates, can keep this common vision at the forefront of each reform conversation and step, we can make great strides in advancing housing reform—today and going forward.