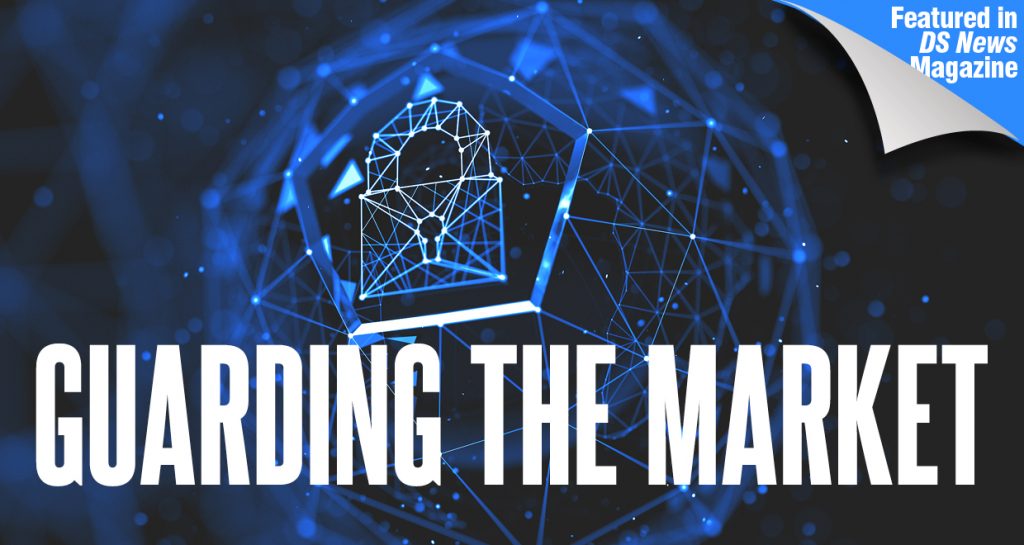 GSE reform may be the new “third rail” of American politics, and maybe that’s not such a bad thing. When Congress gets involved, regardless of your perspective, the old adage applies: be careful what you wish for. For all of the warts of the GSE system, we see the outcomes of its traditional goals preserving market liquidity and promoting homeownership—in our communities every day. The means may not be pretty, and there are probably a million ways to improve if not replace it outright, but the ability of the GSE system to aggregate capital towards these ends does work, it’s what we’ve got, and I believe we should be thankful in that regard.

Another less noticed but valuable role of the GSEs is that of “market moderator,” especially as it relates to the servicing of mortgage loans. Servicing is a complex business, requiring expertise, tools, and processes that span from soliciting and collecting payments, to aggregating and accounting for investor remittances, all the way to satisfying borrower issues and resolving defaults. For years, the GSEs have provided uniformity of process for servicers on their loans through their servicing guides, their oversight and advocacy mechanisms, and their technology investments. For the GSEs, the payoffs of these efforts are obvious: uniformity and predictability are essential to managing and forecasting the performance of their enormous portfolios. While market participants may be less sure, there are many benefits that flow to them as well from the rational marketplace encouraged by the GSEs’ moderating role.

Over the years, the GSE programs have created controversy and yielded mixed results. In the 1990s, the GSEs developed “designated counsel” programs, promising better results and more rapid reimbursement of expenses to servicers who used their pre-approved foreclosure attorneys. I can still vividly recall witnessing as a young lawyer the uproar this caused in the legal community at conferences and other events, where lawyers would vent their frustrations to the GSE representatives, often in colorful language and with considerable emotion. The attorneys’ concerns about the GSEs intruding into their client relationships was certainly understandable, but as a “business guy in a lawyer’s suit,” I also understood the GSEs’ motivations. The selection of vendors (a justifiably despised term among lawyers) was hardly a transparent, objective process in many servicing operations. Given their interest in obtaining efficient and effective foreclosure services on their loans, the GSEs focused on key business concepts in evaluating firms for inclusion in their programs, including:

PERFORMANCE METRICS: The introduction of performance metrics, notably foreclosure timelines, shined a light on firms’ efficiency in producing outcomes. While highly controversial, these metrics engendered a production mindset that spurred law firms to make investments in talent and technologies, which proved critical when the default crisis of the late 2000s came about. While many believe that servicing metrics have propagated to the point of obfuscating the fundamentals of the issues that matter (I’m of this camp), the influence of the GSEs in bringing about a performance mindset to the default world is undeniable.

SCALABILITY: It can be fairly stated that much of servicing is an exercise in supply chain management, and this theme reaches its zenith once a loan goes into default. The multitude of activities necessary to produce a resolution, whether curative or liquidation, are generally performed by third party service providers. As a result, in building their vendor networks, the GSEs focused on ensuring the selected providers were appropriately provisioned with sufficient people, processes, and technology to handle fluctuations in volume. As the foreclosure crisis unfolded, it turned out that the GSEs undermined their own programs by relying upon the firms to advance reimbursable foreclosure-related expenses, a daft arrangement that caused many firms to collapse. In retrospect, the systemic design flaw seems as avoidable as it was tragic, yet it also serves to emphasize the criticality of ensuring service provider scalability in the default servicing marketplace.

COMPLIANCE: In constructing their attorney networks, the GSEs’ primary focus was on ensuring that foreclosure firms were aware of and had controls in place to ensure compliance with relevant legal standards. Since the crisis, forests of trees have yielded to articles about compliance, with countless substantive and procedural recommendations for servicers and their providers. It is neither necessary nor relevant here to add to the pile, but it is important to note that, given the wide range of activities performed by third parties, and the imputation of risk upstream, this area remains an important and ever-expanding area of inquiry when evaluating vendors.

Unfortunately, the industry at large was not prepared for the magnitude of the foreclosure crisis and the GSEs’ attorney network programs could have been better designed and administrated. Hindsight, of course, is always 20/20. Furthermore, the long, painful cleansing of toxic loans from the books would have been infinitely more difficult had the GSEs not been proactive in learning about and programmatically addressing the unique performance, scale, and compliance risks of the business models of the firms performing their foreclosure work. The need for good supply chain management is a lesson learned from the crisis; another is that the GSEs are uniquely situated by their perspective and qualified by their experience to perform that role across the spectrum of default servicing activities performed by third-party providers.

In a number of 2018 Five Star Institute conferences, the GSEs discussed initiatives that are essentially more recent supply chain management efforts, notably in the areas of disaster recovery and property inspections and preservation.  The harmonious tenor of these conversations stood in stark contrast to the rollout of the attorney networks in the 1990s, which hopefully signifies that the industry has begun to embrace the common good of sharing best practices. Over time, these best practices can form the basis for standards, many of which are codified by the GSEs. Qualified service providers can then compete on their ability to execute. That is how a rational marketplace behaves and the GSEs are its moderator, a valuable supply chain management role that must be contemplated when considering GSE reform.

We encounter all sorts of moderators daily—a thankless job that often subjects its performers to significant derision (think of being an NFL referee in New Orleans). However, despite their peculiar quasi-governmental status, the GSEs are not law enforcement agencies. Rather, due to their interest as investors in securing effective outcomes, a better analog for the GSEs in their role as market moderator is a licensing board—they set standards and weigh the qualifications of market participants. Performing this role aids the market in producing efficient outcomes as well by leveling the playing field for providers willing to make the appropriate investments in people, processes, and technology necessary to meet their performance standards, scalability needs, and compliance expectations. While servicers and their providers may grumble, the GSEs’ moderator role streamlines the marketplace to their benefit. To ensure its value doesn’t get lost in the fog of battle over GSE reform, perhaps the GSEs could highlight and even \ augment the value of the moderator role in the default servicing marketplace? Going forward, the GSEs may improve their position and the perception thereof by ensuring their efforts promote efficiency, a goal shared by all market participants, in areas such as:

CERTIFICATIONS: Reforming one of the most unloved progeny of the crisis, the vendor audit, is a watershed of opportunity for the GSEs. It’s time to reduce the millions of dollars and countless hours expended by servicers and service providers in responding to the thousands of differently worded questions that address the same areas of inquiry. The GSEs are uniquely positioned to promulgate performance, scalability, and compliance standards that are attuned to the levels of transaction volumes and risk exposure generated by vendors’ activities, and to require one-time annual certification of vendors’ fitness for performance. If it’s good enough for the GSEs, it should be good enough for the servicers.

TERMS OF BUSINESS: Somewhere along the way in the evolution of the default servicing marketplace, the notion of bargaining among servicers and their service providers seemed to go out the window. Servicers’ contracts are often longer and more draconian than insurance policies, specifically disclaiming volume and term commitments while dictating pages of intricate service-level commitments and requiring onerous, generally one-way indemnities, representations, and warranties. For the vendors who dare attempt negotiation, months of often silly redlining lie ahead (I always laugh at contracts with laundry lists of applicable laws to which my company must agree to comply if they are truly applicable, I cannot contract away my obligation to comply). On the origination side, the GSEs prescribe all sorts of form agreements. How about developing a set of standard contracts that establish a fair baseline of risk sharing, so the parties can focus on striking a deal that makes economic sense?

The default servicing segment evolved from a curious mix of providers ranging from small, often family-owned businesses like law firms to large, title company-based providers of products, outsourced services, and data. Amid the cacophony of thousands of vendors chasing about a hundred servicers for business, the notion of having two GSEs sitting as thoughtful moderators should be appealing to regulators and market participants alike. GSE reform minded policymakers and the market participants who influence them should be wary of throwing this valuable baby out with the bathwater.

Previous: FHFA’s Calabria and the Future of the Mortgage Market
Next: How Climate Change Is Driving Foreclosure and Delinquency