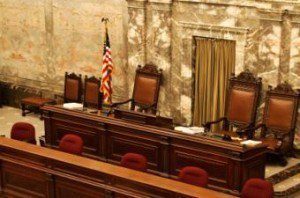 The CHOICE act announcement came alongside Wednesday’s tax reform plan announcement, which calls for a reduction of corporate taxes down to 15 percent, cutting the top tax bracket down to 35 percent, and doubling the standard deduction. Treasury Secretary Steven Mnuchin called the reform the “The biggest tax cut and largest tax reform in history of this country.”

Also, this week, congress will vote on a federal funding bill. On Friday, Congress extended the funding deadline for another week with a vote of 382-30, avoiding a government shutdown over the weekend. The Associated Press (AP) stated [1] that Congress plans on passing the complete funding package sometime this week, which will finance the federal government $1 trillion through September 30, the end of the fiscal year.

“We’re willing to extend things for a little bit more time in hopes that the same sort of progress can be made,” Senate Minority Leader Charles E. Schumer (D-New York) told  [2]The Washington Post on Friday morning.

A government shutdown would have slowed the mortgage process and even prevented some buyers from closing, as access to tax information and social security would have been halted during the shutdown.