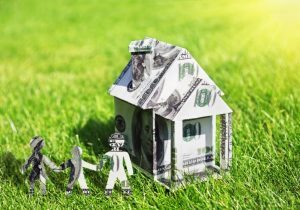 Low inventory is still holding sales back, according to the latest pending home sales data from the National Association of Realtors [1] (NAR). The Pending Home Sales Index by NAR indicates that despite a 0.4 percent increase in pending home sales in March, numbers still aren’t as high as they were last year. With the increased activity in March, pending home sales are still down three percent year over year.

"Healthy economic conditions are creating considerable demand for purchasing a home, but not all buyers are able to sign contracts because of the lack of choices in inventory," said NAR Chief Economist Lawrence Yun. "Steady price growth and the swift pace listings are coming off the market are proof that more supply is needed to fully satisfy demand. What continues to hold back sales is the fact that prospective buyers are increasingly having difficulty finding an affordable home to buy."

Danielle Hale, Chief Economist at Realtor.com [2] agreed: "The slight increase in March is still not enough to push the pending index above year-ago levels. It marks the third consecutive year-over-year decline suggesting that unless more homes come to the market for sale, we’re unlikely to see a major breakout above the 5.5 million sales pace that has dominated since mid-2015."

Yun also noted that winter storms during the “unseasonably cold” winter in the north contributed in part to the decline in contract signings. Additionally, Yun stated that increasing prices coupled with decreasing incomes would push some people out of the market, as mortgage rates hit a four-year high.

"Much of the country is enjoying a thriving job market, but buying a home is becoming more expensive," said Yun. "That is why it is an absolute necessity for there to be a large increase in new and existing homes available for sale in coming months to moderate home price growth. Otherwise, sales will remain stuck in this holding pattern and a growing share of would-be buyers—especially first-time buyers—will be left on the sidelines."

"While many buyers will be able to successfully adjust to higher mortgage rates, first-timers with a lot of debt and little cash are more likely to get tripped up," Hale said.