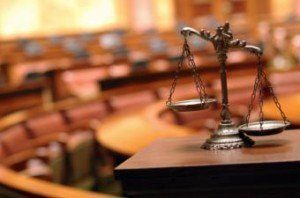 In a 5-3 decision on Monday, the U.S. Supreme Court determined that cities can sue banks over lost tax revenue on foreclosed properties from urban blight. Law360 reported that Miami has the standing to sue Bank of America Corp. and Wells Fargo & Co. under the Fair Housing Act, stating that the banks’ discriminatory and predatory lending practices led to a major shortfall in city tax revenues.

The final ruling is not up to the high court, however, as the Supreme court sent the case back to the Eleventh District, in order to determine whether the banks’ lending practices were “proximate cause” for the damages. Law360 reported that all eight justices rejected the probable cause argument.

“The ruling is clearly a concern for lenders who believed cities did not have sufficient standing in order to assert claims that are more appropriate to be brought by the ultimate aggrieved parties, which should be the borrowers, assuming of course the allegations are true,” said Shaun K. Ramey, Shareholder, Sirote and Permutt, P.C. “That being said, although the Court granted cities the right to file suit, they set a high bar for proving proximate causation so the impact of the Supreme Court’s decision may not be as broad as it appears at first blush.”

The Court found that the city's claims fell within the “zone of interests” established by the Fair Housing Act (FHA), which means that Bank of America and Wells Fargo’s practices had led to decreases in tax revenue and increased costs for maintaining foreclosed properties.

“The city will be required to show that the claimed damages were ‘proximately caused’ by the violation of the FHA,” said Roy A. Diaz, Managing Shareholder, SHD Legal Group. “The Court recognizes that Congress did not intend the FHA to provide a remedy for 'ripples of harm' that may flow from a violation of the FHA. The majority establishes that the FHA requires some direct relation between the injury asserted and the conduct alleged.”

Justice Clarence Thomas dissented, saying that the FHA does not allow for expanded claims.

“Nothing in the text of the FHA suggests that Congress was concerned about decreased property values, foreclosures, and urban blight, much less about strains on municipal budgets that might follow,” said Justice Thomas.

The banks will not be held liable until the Eleventh Circuit can determine whether the bank’s actions have caused the foreclosures.

"The Eleventh Circuit grounded its decision on the theory that proximate cause under the FHA is 'based on foreseeability' alone. We therefore lack the benefit of its judgment on how the contrary principles we have just stated apply to the FHA. Nor has any other court of appeals weighed in on the issue,” the majority opinion said.