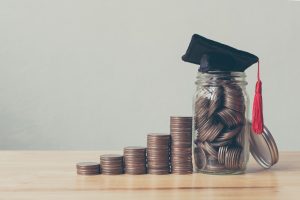 On Friday, May 3, the second annual Ruth Cheatham Foundation Gala will once again unfold in Dallas, Texas, bringing together a number of mortgage and default industry organizations to support the foundation’s mission to provide advocacy, education, and financial aid to young cancer patients and survivors.

To be hosted at the Omni Mandalay, the event will begin at 6 p.m. CDT with a cocktail hour, to be followed by dinner and the full program beginning at 7 p.m. The event will also showcase the awarding of 20 scholarships to teen cancer patients and survivors.

The Ruth Cheatham Foundation was co-founded by Douglas Whittemore, SVP and Operations Executive for Mortgage and Consumer Default Servicing for U.S. Bank, and his wife, Lindsay. She currently serves as the charity’s president, while Douglas serves as treasurer.

Douglas Whittemore told DS News that the Ruth Cheatham Foundation was named for a beloved family member who passed away following a 10-year battle against cancer.

“What amazed us both was the massive outpouring of support we saw from all of the youth Ruth had taught over the years,” Whittemore said. Spurred by stories of young people Ruth had inspired during her life, and recognizing that adolescents were an underserved cancer patient population within the U.S., Whittemore said that he and Lindsay decided to launch an organization designed to address those needs.

“In the past year, our scholarships granted have grown 128%, and we hope to sustain that level of growth in the years to come,” Whittemore said. “These young adults are simply amazing, and it shows through their perseverance and tenacity throughout life's challenges.”

Whittemore also thanked the group’s mortgage industry supporters. “It speaks to the character of many of the professionals in the servicing world,” he said. “When we partner as a group, it's encouraging and astounding what we are capable of doing.”

The Omni Mandalay is located at 221 E. Los Colinas Blvd. in Irving, Texas.