Investor Activity Stalls in Q4 of 2021 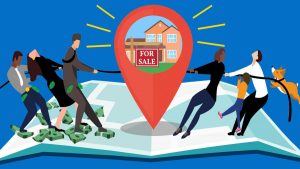 The investing spree for single-family homes seems to be slowing in the fourth quarter after hitting what appears to be peaks in the second and third quarters of 2021.

The share of homes purchased by investors reached its peak in October 2021 at 26.9% of all homes purchased, which was also the highest figure recorded by CoreLogic, according to a new report.

CoreLogic’s data also shows that 13.8% of the homes purchased by investors in June 2021 were resold by December, a 0.8% decline from June 2020 and an even steeper 1.3% drop from June 2019. Nevertheless, investors remained highly active in the second half of last year, so flipping rates may increase as data for 2022 is collected.

Another signal that investor flips may pick up in the coming months is iBuying activity. IBuying rose rapidly from May to August 2021 before declining in the end of the year. According to their data, iBuyers are currently retaining very few of their properties purchased between January 2019 and June 2021. However, post-June, many of the iBuyer purchases remained unsold. It is nearly certain that these properties will be resold during the first few months of 2022.

CoreLogic notes that this data cannot confirm what direction the economy is going in, and investor activity may well see an uptick in the first quarter of 2021 when data is available. The busy summer season for owner-occupied buyers is likely to become more active and may indicate if numbers are a new normal, or if the surge in activity in 2021 was an outlier.

Click here to see a collection of interactive charts and graphs that accompanies CoreLogic’s research.