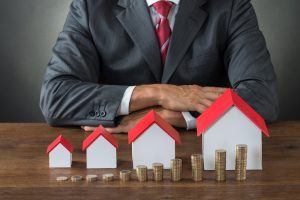 "Nationstar is off to a strong start in 2018,” said Jay Bray, Chairman and CEO of Nationstar. "The Servicing segment continues to perform in-line with expectations. Despite a challenging mortgage originations environment, funded volume held flat and Xome increased third-party property inflows. We operate at tremendous scale and we have a compelling opportunity for significant cost savings to be achieved across the platform in the next two years. Our best-in-class platform, complemented by technology investments and the power of a rising rate environment, should continue to build value for our stockholders over the long term."

Nationstar's servicing segment, which does business under the moniker Mr. Cooper, reported $220 million GAAP pretax income for Q1, or $69 million adjusted pretax income. Total revenues for the company’s servicing segment increased by 3 percent over the quarter. However, Nationstar also reported a 5 percent increase in expenses over the previous quarter. Nationstar reported that the bump in expenses was “driven by a temporary rise in staffing costs to optimize advance recoveries” and added that this allowed the company “to shorten collection timelines and reduce our financing costs while improving overall liquidity.”

As of the end of Q1, Nationstar’s portfolio stood at $500 billion. According to their earnings report, “The pipeline consists of both mortgage servicing rights and subserviced loans and we expect to end the year over $530 billion.”

Previous: Revisiting Single-Family Rental Securitizations
Next: For Houses, Being Green Is Easier Than You Think