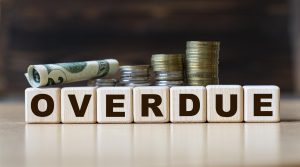 In Black Knight’s latest Mortgage Monitor Report, it was found that 217,000 homeowners were past due on their mortgages in March 2021, a 16.4% monthly decline in delinquencies, marking the lowest such delinquency inflow of any month on record. The number of loans 30 days past due fell 34% in March from February, and 50% from the same time last year to hit an all-time low, with 60-day delinquencies below pre-pandemic levels and near record lows as well.

"Not only did March see the largest single-month improvement in delinquencies in 11 years, but all indications suggest more is yet to come," said Black Knight Data & Analytics President Ben Graboske. "Several factors contributed to particularly strong mortgage performance in March, including the distribution of 159 million stimulus payments totaling more than $376 billion, broader economic improvement leading to nearly a million new jobs and 1.2 million forbearance plans reviewed for extension or removal, resulting in an 11% decline in plan volumes in the last 30 days. As many early forbearance plan adopters shifted to post-forbearance waterfalls to get back to performing on their mortgage payments, inflow has continued to steadily improve as well. And, of the 7.1 million homeowners who have been in COVID-19 forbearance at one point or another, performance among those who have left plans has generally been strong.” 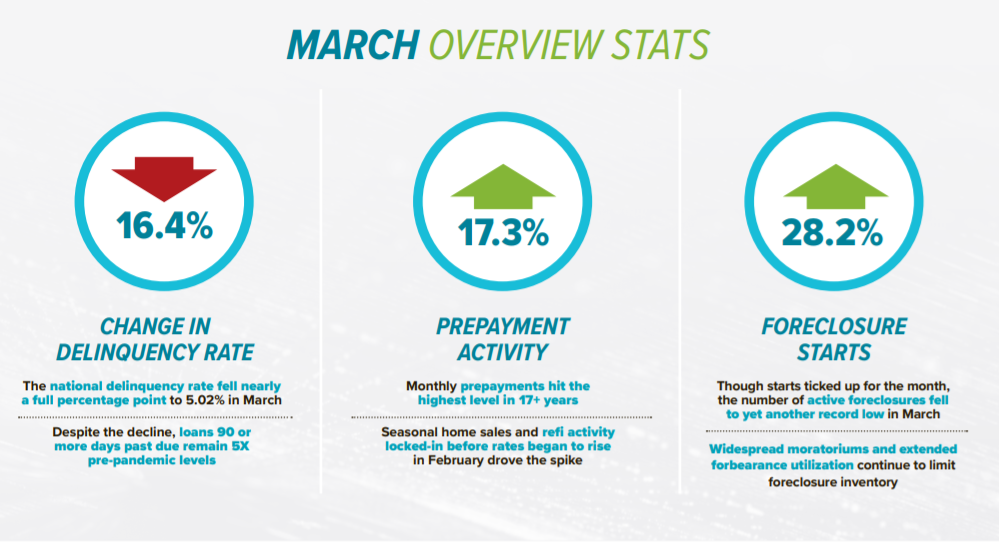 As reported last week by Black Knight, 2.33 million, or 44% of U.S. homeowners, remain in COVID-related forbearance plans. An estimated 1.2 million forbearance plans were reviewed for extension/removal in March alone, contributing to increased removal activity, and overall declines in outstanding forbearance volumes in March.

And while new delinquency inflow hit record lows in March, an elevated number of borrowers rolled from 30-to-60 and 60-to-90 days delinquent likely due to forbearance participation. Through April 23, 91.6% of mortgage holders had made their mortgage payments, up from 91% in March and the largest share for any month since the onset of the pandemic.

“The report's data showed that the number of borrowers with a single payment past due fell by 34% from February and is now down 50% from the same time last year to hit an all-time low in March,” said Graboske. “Though 60-day delinquencies are also now back below pre-pandemic levels, and near record lows as well, the number of homeowners 90 or more days past due remains nearly five times what it was prior to COVID. One possibility for early-stage delinquencies falling well below pre-pandemic levels could be an elevated share of borrowers are rolling forward to later stages of delinquency–when they otherwise might not–due to participation in available forbearance programs.”