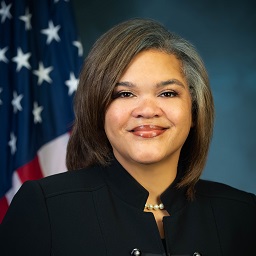 For the first time in Ginnie Mae’s more than 50-year history, former presidents of the agency gathered for a Presidents Roundtable, led by current Ginnie Mae President Alanna McCargo with remarks from U.S. Department of Housing & Urban Development (HUD) Secretary Marcia L. Fudge. Particpants discussed the lessons they learned from their respective tenures, and how they can further foster Ginnie Mae’s role in providing accessible and affordable housing opportunities for all Americans.

“The challenges the mortgage market face today–rising home prices and mortgage rates, rapid technological change, and new market entrants–are similar to what past leaders have met and managed,” McCargo said. “Tapping the experience of the presidents who came before me will help inform how Ginnie Mae and the consumers it serves will thrive in the future. I look forward to building on the knowledge and legacies of my predecessors.”

During the discussion, President McCargo emphasized the Biden-Harris Administration’s commitment to technological innovation and expanded industry partnership to break down systemic barriers, enabling Americans to safely secure the American Dream. Additional topics discussed included: how technology is changing the mortgage market; levers that will safely increase equitable homeownership; managing the risks of a changing lender landscape; and strategies to help homebuyers thrive in a time of rising mortgage rates.

The Roundtable was the first in a series focused on meeting the challenges and building on the opportunities of a dynamic housing finance market.

Ginnie Mae’s current President McCargo was sworn in as the 18th President in December 2021, as the first Senate confirmed president in nearly five years, and the first woman to hold the role.