The Risks of First-Time Home Flipping 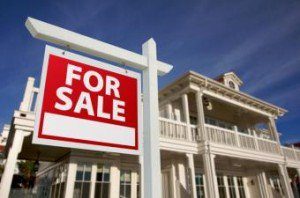 According to a Gallup poll, it’s real estate, not stocks, that are considered to be the best investment. The poll indicates that 35% of Americans believe real estate to be the superior long-term financial investment, compared to 27% who say they prefer stocks. However, Bloomberg reports that some first-time real estate flippers are feeling losses.

“Flipping only works in an appreciating market where homes move quickly,” says Glen Weinberg, the Denver-based COO of Fairview Commercial Lending. “Those factors are now in flux, and that’s what’s going to lead to the demise of a lot of flippers.”

According to Bloomberg, around 6.5% of of U.S. sales in the fourth quarter were flips, or homes sold within a year from when they last changed hands. That made for the highest share in seasonally adjusted data going back to 2002, according to CoreLogic. Per CoreLogic’s analysis, 45% of flips in the San Jose area lost money.

One young investor, Sean Pan, who started flipping at 27, lost $400,000 on a property in Sunnyvale, California. Pan bought one home for $1.8 million after beginning the asking price down from $2 million, assuming he got a “sweet deal.” However, the home sold for $1.7 million, more than $80,000 less than what he paid for it.

“When you buy these houses, you never think you’ll lose money,” he said. “I fixed it up. It should be worth more, but things change.”

Bloomberg notes that most flippers are sinking money into renovations, unlike before the crisis, when investors would simply buy houses and then sell them immediately. Many hard-money loans, which come from private investment groups, often have high interest rates and low down payments and they include renovation costs in the loan amount.

Weinberg states that, as competition between lenders heats up and many lenders offer 10% or lower down payments for flippers, he is being more selective, requiring a 40% down payment.