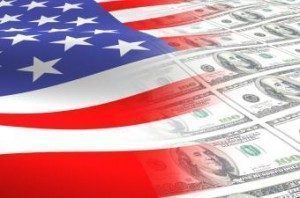 As the Federal Reserve begins to normalize their balance sheet, speculators believe that the final product may be up to three times larger than it was before the financial crisis, if not bigger. The CNBC Fed Survey [1] found that participants believe that the run off of the Fed’s $4.4 trillion balance sheet may begin as early as January 2018, several months earlier than previously anticipated.

The balance sheet refers to the portfolio of securities, such as various types of Treasury debt and mortgage-backed securities (MBS), that it has purchased. In the growing and changing economy, officials have stated that there is no going back to the pre-Recession levels, due in part to the growing amount of currency in circulation.

The Fed aims to cut the balance sheet down to $2.5 trillion over several years, cutting down by about $2.5 trillion, but this still-high permanent level could mean higher interest rates and inflation. The $2.5 trillion balance sheet is still well above the pre-recession level of around $850 billion.

Former Fed Chairman Ben Bernanke wrote in a recent blog post: "There are reasonable arguments for keeping the Fed's balance sheet large indefinitely, including improving the transmission of monetary policy to money markets, increasing the supply of safe short-term assets available to market participants, and improving the central bank's ability to provide liquidity during a crisis."

Rising interest rates are sure to drive up rates in the housing market, and the Fed’s decision to pullback from mortgage-backed securities will only add to the rising rates. The Fed began buying MBS eight years ago when the housing market was in crisis. It currently owns about 30 percent of the market. Now that the economy and housing markets are seemingly on the up-and-up, it is widely thought that the Fed will start pulling out of the MBS scene in late 2017 or early 2018.