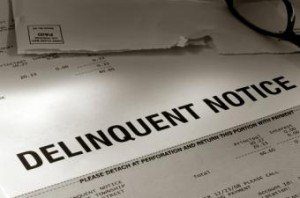 As we approach hurricane season again, the impact of last year’s damaging storms are still being felt in the form of elevated 90+ day delinquency rates in some affected communities. According to the Mortgage Bankers Association's (MBA) National Delinquency Survey, four out of the top five states with the highest 90+ day delinquency rates in Q1 2018 were impacted by the hurricanes. Those states include Florida, Mississippi, Louisiana, and Texas. But how did the rest of the nation fair in Q1?

The National Delinquency Survey reports that “the delinquency rate for mortgage loans on one-to-four-unit residential properties fell to a seasonally-adjusted rate of 4.63 percent of all loans outstanding at the end of the first quarter of 2018.” The delinquency rate dropped 54 basis points quarter-over-quarter, and also stood at eight basis points lower than a year prior.

"The strong economy, low unemployment rate, tax refunds and bonuses, and home price appreciation were key factors that helped push delinquencies down in the first quarter,” said Marina Walsh, MBA's VP of Industry Analysis. “Of course, there are offsetting factors that may put upward pressure on delinquency rates in future quarters, including: a difficult recovery for some borrowers in hurricane-impacted states; the aging of loan portfolios; higher interest rates that limit a borrower's rate-term refinance options; higher energy prices; stretching of housing affordability given limited supply; and the easing of credit overlays as mortgage market conditions have changed."

Previous: The Hypervacancy Problem in American Cities
Next: Home Flipping on the Rise as House Prices Soar