Nationwide mortgage default legal services provider Activist Legal, LLP has announced the addition of Chris Pummill as President of Operations. Activist Legal is a non-traditional law firm that facilitates default legal services for non-performing loans and assets, providing services directly in the District of Columbia and through relationships with co-counsel in all 50 states, plus Puerto Rico.

Pummill has more than 30 years of mortgage default experience, specializing in the management of non-judicial foreclosures in multiple states. She began her career working for two of the largest independent trustees in California, and in 1996, she relocated to Texas where she was appointed Chief Operating Officer for Lonestar Mortgagee Services, LLC. 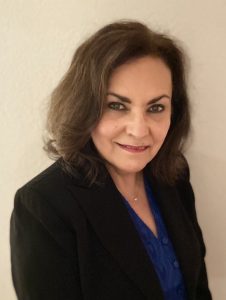 In 2005, her role expanded to additional responsibilities for the parent company, First American Financial, and led foreclosure, loss mitigation, property valuations, and homeowner's association lien operations in five different states. In 2007, she was hired as President of Ndex West, LLC. In 2013, she was appointed chair of the United Trustees Association (UTA) Education Committee.

"Ms. Pummill is an outstanding addition to the team, and she brings with her a wealth of knowledge in the default services space," said Jorge Newbery, Partner. "She will add structure to support sustainable growth as Activist scales."

Pummill said, "I am excited to join the Activist Legal team. I look forward to building the people and technology to maximize productivity, efficiency, and security through our growth."