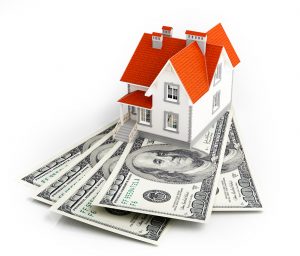 In its recent surveys related to today's housing market, Zillow found that—due in part to record-breaking home value appreciation—Americans fear another housing market crash, but the financial experts there—again, based on data from Zillow's studies—say today's environment differs fundamentally from what was seen in and around 2008.

"Today's rapid rise in prices may recall that of the mid-2000s, stoking unfounded fears of another overheated market," Zillow noted in a press release, adding that Google searches for "housing bubble" reached their highest point in nearly three years in April.

But unlike the run-up to the mortgage crisis, this market is built on strong fundamentals with long legs, Jeff Tucker, an economist at Zillow, said.

"Both of these hot markets saw extreme price appreciation in a relatively short period of time. But that's where the similarities end," Tucker said. "Unlike the combination of speculators and people spending beyond their means with non-traditional loans in 2004 and 2005, today's homebuying demand is driven by well-qualified buyers locking in traditional, fixed-rate mortgages. Builders are firing on all cylinders to meet the excess demand brought by low mortgage rates and millions of Millennial buyers jockeying for limited homes, but after more than a decade of underbuilding, homes will remain scarce until existing homeowners feel more comfortable selling or prices rise enough to restore balance."

Giant leaps in home values have not slowed the rapid pace of home sales, Zillow reported, drawing from its latest market report.

"A much-anticipated inventory rebound failed to materialize in April as the spring home shopping season arrived in full force, helping drive home value growth to new highs and accelerating an already fast-moving market," Tucker said. "And this broad-based housing strength is increasingly spilling over into the previously soft rental market."

Nationally, it typically takes seven days after listing for a seller to accept an offer, while the especially hot Midwest markets of Kansas City, Columbus, and Cincinnati are seeing listings disappear in just three days, according to Zillow.

Home values measured by Zillow's Home Value Index (ZHVI) reached $281,370 in April. Monthly appreciation has been growing since May, and April's 1.3% increase over March is the largest jump in Zillow data reaching back to 1996.

Since the previous month, inventory in April dipped 1.4%, representing a trend of monthly decreases that began in August.

While economists had previously expressed hope of improvement, available listings are now down 30.3% over last year.

"There were signs in March that the years-long, virtually uninterrupted nationwide decline in inventory may have begun turning a corner. But rather than making gains in April, the inventory deficit appears to have deepened slightly instead ... In some large markets, including Raleigh (-54%), Cleveland (-50%), and Providence (-45%), there were roughly half as many (or fewer) homes on the market this April compared to last, Tucker noted.

When it comes to competition, another recent Zillow survey suggests that making an aggressive or creative offer, mastering search technology, and working with a knowledgeable local agent can help raise shoppers' chances of success, according to

Zillow economists say to expect another year of staggering home value appreciation, forecasting 11.8% growth through April 2022. They predict existing home sales in 2021 to be 10.3% higher than in 2020.

And this broad-based housing strength is increasingly spilling over into the previously soft rental market, according to the April 2021 report.

"Rent growth is returning with a vengeance," goes the press release.

With a 1.5% monthly spike that's larger than any in Zillow records reaching back through 2014, annual rent growth reached 3%, the largest year-over-year growth since March 2020, to put typical U.S. rent at $1,704—$49 higher than last year.