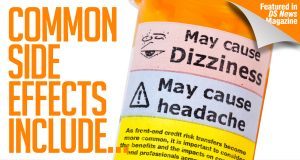 Credit risk transfer (CRT) or sharing is the process in which the government-sponsored enterprises bundle up the mortgages they buy from lenders and sell a portion of the risk to private investors. Instead of the GSEs shouldering the loan risk alone, selected investors help offset any potential risk from loan defaults. CRT began as a test in 2012 and is now quickly ramping up as investor interest and governmental oversight grows. Governmental oversight makes sense—we don’t want another 2007. But why are more investors becoming so interested in CRT?

Mortgage activity approached $2 trillion in 2016. Long-term, housing is the single biggest wealth builder in America. Treated like a 401K, it is a stable growth engine, and mortgage loans are relatively low risk. Mortgage pools—where thousands of loans are combined—help offset individual loan issues and the “G-fees,” which all lenders must pay when they sell loans to the GSEs, help to even further offset the risk. Mortgage pools’ low risk and steady growth have attracted hundreds of investors. Investors get solid returns, and taxpayers benefit from the security that, if mass loan defaults occur, they won’t get hit with the bill (at least not all of it).

CRT typically refers to “back-end” risk transfer where investors take on risk after the loan is sold. “Front-end” risk transfer per the Federal Housing Finance Agency (FHFA) is “risk transfer [that] occurs prior to, or simultaneous with, the acquisition of residential mortgage loans by an Enterprise.” In plain English, it is how you reduce risk when a loan is created before it can pollute the water downstream.

“Front-end risk transfer” is the biggest area of change currently. To further help explore ideas in this area, the FHFA initiated a Request for Information (RFI) in 2016 with the goal to “Transfer a meaningful portion of credit risk on at least 90 percent of the unpaid principal balance (UPB) of newly acquired single-family mortgages.” For the 99 percent of the industry not involved in secondary markets or credit risk departments, this means the FHFA wants to make sure loan risk is spread out so taxpayers don’t end up holding the whole bag of risk again, as they did nearly 10 years ago.

The FHFA received 37 responses to its RFI from a variety of perspectives, including lenders, think tanks, mortgage insurers, and industry disruptors. Each had a different or slightly nuanced view. Reading through them reminds you that bakers like to bake and cooks like to cook. Each group knew their trade well and knew where they could mathematically squeeze out more efficiencies. The challenge is that changes in and around the housing market are making these equations more complicated with possibly only incremental benefits.

The FHFA, and by extension the GSEs, were created to help get people into homes. This means ensuring that, either through supplying capital or policies, homes can be affordable, attained fairly, and with a reasonably low amount of risk. However, the technical equations used to solve these issues now have to solve for new variables, and they are not always rational—human factors.

The housing crisis 10 years ago created countless examples of economic ruin that we are still recovering from. Over the  same time period, we have also changed drastically as consumers with the help of major technological advancements. Think about this: 10 years ago you likely had a flip phone, and had never heard of an iPhone. You used printed maps. The average internet speed was 1.9Mbps (that’s slow). There was no Zillow.

In the meantime, the computer age took another leap forward. Personal webpages like MySpace gave way to Facebook. We begin researching EVERYTHING on the internet, sifting through content at a rate of 7 seconds per page. As a culture we began to adopt technology at a rate never before seen in order to consume more information quicker.

A short decade later, we have an entirely new consumer mindset. The modern homebuyer, regardless of age, has adopted a “millennial-mindset” where everything must be mobile, technologically simple, and at a fair value. They rent music, lease cars, and rent homes even if they could afford to buy. Increasingly, mobility and flexibility are valued more than permanence and ownership. It might seem nomadic, but this lifestyle choice gives potential modern homebuyers more control, another key marker of the technology age modern mindset.

So, what does this change mean for the housing industry? Interestingly, the American Dream is still alive and well in the United States. Eighty-three percent of millennials believe owning a home is an important part of their personal American Dream, according to ValueInsured’s Modern Homebuyer Survey released in January. But they want to own a home their way, not their parents’ way—simpler, fairer, more mobile, more responsibly. One extreme take on this modern homebuying trend is tiny homes. They are affordable even without loans involved they are modest befitting the social priority of millennials, and they are even on wheels. But let’s be honest, modern homebuyers don’t really want a tiny home. What they want are affordability, fairness, and flexibility.

The FHFA has tried to address these new priorities somewhat by allowing the GSEs to open the credit box with programs that include parent gifting and acceptance of multi-generational incomes. TRID, the TILA-RESPA Integrated Disclosure rule, has forced the industry to evolve technologically, driving efficiency and choice.  But in all of this, the industry is trying to change from within by tweaking what has been done in the past. Another key objective of the FHFA’s RFI was “scale.” But simply repackaging existing solutions will not float all boats and expand the market.

The industry is ripe for innovation. You can better and more objectively look at the FHFA’s RFI submission if you add consumer needs to the risk discussion. That is, you should also look at it from the perspective of those close to the homebuyer—real estate agents, lenders, builders, etc. They want the same things—affordability, fairness, and flexibility. So, let’s evaluate on those criteria.

In terms of affordability, any reduction in loan default risk will reduce mortgage costs. The costs savings could go to the buyer or any other player in the system. But the challenge in most of the RFI submissions is that they don’t reduce risk, as a majority of submission ideas kick in after a loan defaults. So even by moving the risk from one side of the pail to the other, it is still the same pail of water. Thus, costs cannot be removed from the system in a scalable way. There may be improved efficiencies but nothing that greatly improves affordability.

On fairness, some of the submissions propose new entities be created to pool risk outside of the current structure or expand existing risk pools. The challenge here, again, is that they do not reduce risk. They only add in more players. On top of that, the assumption is these solutions will need to be funded, requiring someone (the homebuyer) to pay more to insure the creditors. It may even be worse for those with lower down payments or poor credit. To counteract, lenders, real estate agents, or builders may choose to cut their fees to maintain transactions, but that would hit their bottom line. In all, adding more to the debtor side of the equation doesn’t seem to help with fairness, and it will likely cut into everyone’s margins.

Finally, flexibility. Defaults hurt everyone. But no one is hurt more than the homebuyer. Homebuyers in the event of loan defaults have likely already faced a major hardship, and because of a loan default, would also stand to lose their home and their credit. This effectively takes potential homebuyers out of the market for years to come. Again, the submissions primarily looked only at what happens after a default occurs. They provided flexibility and options to handle the risk at that point but don’t look at the big picture to provide options that can help avoid the default altogether. In turn, by focusing on the debtor side of the ledger, they also did nothing to provide customer-facing players with options to encourage more Americans to buy homes.

There will no doubt be further diversification on the back-end risk transfer, ensuring that the impact of loan defaults is minimized. But the idea of front-end risk transfer is to try and remove risk before it happens. The even bigger idea is to remove fear so that more homebuyers will jump in and industry pros can have something with which to excite this entirely new generation of buyers.

The real solutions need to come from the front-office—real estate agents, lenders, builders, and the buyers themselves. They know what it takes. Buyers want a home they can afford at a fair price and with the flexibility to move on to that next great job or to accommodate their growing family without having to sell at a loss. The more we can address these needs from the outset, the lower the risk is on the back end. This reduces the fees and costs paid into the system and benefits everyone.

So why should you care? Bottom line: modern mortgage programs and experiences that address modern consumer preferences will win out. We lost a decade’s worth of buyers due to the crisis. As they begin looking for their first home, they care less about mortgage lender brands—a key reason big bank lenders are losing market shares—or buying a home the “old” way their parents did. They want to protect themselves against what they witnessed happen to their loved ones and neighbors 10 years ago—losing their home and becoming financially ruined. Modern homebuyers are suspicious of anything that injects more costs to protect the status quo. Identifying solutions now that address these concerns will not only make you more attractive to today’s homebuyers, but it will also ensure you aren’t forced into less desirable (and more costly) solutions later.