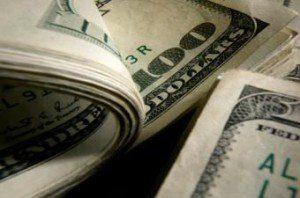 Melvin Watt, Director of the Federal Housing Finance Agency [1] (FHFA), spoke about the FHFA and the FHLBanks at the 2017 Federal Home Loan Bank Directors’ Conference Tuesday. He began with positive news about FHLBank performance.

“Building on the financial strength of the System in 2015, the FHLBank System had its most profitable year in history last year, with net earnings of $3.4 billion,” Watt said. “This level of profitability benefited from some FHLBanks' private-label securities litigation settlements, which contributed $952 million of the total.”

According to Watt, the FHLBanks’ 2016 net income generated $392 million in Affordable Housing Program (AHP) funding, which pushed the average contribution for the last five years to over $300 million a year. These numbers, he urged, should make attendees members very comfortable about the strength of the system.

Watt mentioned there were a number of regulatory issues related to the four critical and interrelated areas of FHFA’s supervision of the FHLBanks that should be focused on: funding, liquidity, capital, and large member concentrations. A main concern, heavy reliance of FHLBank short-term funding of longer-term assets, can strain the systems capacity to issue short-term debt at attractive spreads. Watt said he raised this concern at last year’s Federal Home Loan Bank Directors’ Conference.

The second priority Watt mentioned was examining FHFA’s existing FHLBank liquidity requirements in order to determine what standards should be put in place for the future.

“The challenge the FHLBanks faced in issuing debt in 2008 to 2009 highlights the importance of setting the right overall liquidity standards,” Watt said. “Although the FHLBanks were able to issue short-term debt at attractive rates during that time, they were not able to issue longer-term debt at attractive rates. Of course, the challenge is always deciding what liquidity standard is prudent for both normal times and times of economic stress.”

Third, Watt discussed needing to ensure that the FHLBanks have adequate capital. Watt believes that there is opportunity to take advantage of new data and modeling improvements to allow FHFA to get into compliance with the Dodd-Frank Act’s requirement to remove references to or reliance on ratings from the Nationally Recognized Statistical Rating Organizations.

“The new Rule will not prohibit the FHLBanks from using these ratings as part of their own methods to assess the credit risk of assets,” said Watt. “Again, our obligation is to ensure that the FHLBanks hold sufficient capital to operate safely and soundly through good times and bad.”

Lastly, Watt highlighted that the FHFA will be looking at each of FHLBank’s policies and practices regarding large member borrowing in order to ensure that each FHLBank is pricing their advances to large members appropriately. If a large member decreases demand for advances or is unable to repay its advances, Watt wants to make sure the proper contingency plans are in place.

“FHFA is continuing to consider ways to address concerns regarding funding, liquidity, capital, and large member concentrations, as well as other issues, to ensure the stability of the FHLBank System,” concluded Watt. “As always, we will carry out this work in a transparent manner, and we look forward to working with you to do so.”