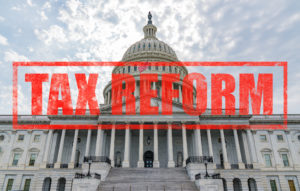 Fewer than half of homebuyers said that last year’s tax code overhaul has impacted their home search, according to a report by Redfin.

The report states just 47% of homebuyers admitted to being impacted, which is a drop from last year’s total of 56%.

According to the report, 14% of homebuyers lowered their price range and 13% are moving to nearby city with lower taxes.

The report was commissioned by Redfin, and more than 2,000 U.S. residents who plan to buy or sell in the next year were surveyed.

Redfin states the latest report saw the biggest drop in the amount of buyers indicating they were better off because of the tax reform. Eight percent of respondents said they are searching for a higher-priced home because the new tax law gives them additional income, which is down from 17% last year.

The report added that 11% of buyers said in March they decided to buy a home because of the benefits of the new tax law, which is down 19% from last year.

“Last year more homebuyers were worried that tax reform would hurt their homebuying budgets, but it turns out tax reform wasn’t all bad or all good for homebuyers,” said Redfin Chief Economist Daryl Fairweather. “Some homebuyers, especially in low-tax states, are now paying less in taxes overall, which has left them with more cash for a more expensive home. For others, not being able to deduct as much of their property taxes or mortgage interest from their taxable income was the other shoe that needed to drop to make them pick up and move to a more affordable area. In the long run, we will see demand for luxury homes in high-tax states suffer the most because those homes have been hit the hardest by this tax reform, and there’s actually early evidence of that already happening.”

Tax reform, however, did have an impact on high-income homebuyers, according to the report. Redfin states that of the homebuyers earning $150,000 or more, 61% said the new tax law has impacted their home search.

The biggest effect reported was that 16% of homebuyers making more than $150,000 said they are lowering their price range because of the new tax codes.