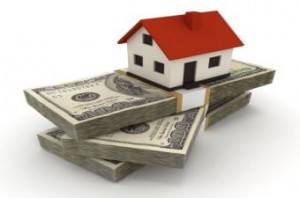 The latest Radian Home Price Index (HPI) has found that home prices nationally rose from the end of March 2021 to the end of April 2021 at an annualized rate of 10.4%.

For the prior 12 months, the Radian HPI rose 9.2% (April 2020 to April 2021), the fastest annual rate recorded since before the COVID outbreak. While the April month-over-month rate was slightly lower than the prior month, the 12-month rate increased compared to March. Recent annual increases are benefiting from the more distanced months of lower appreciation recorded during the early days of the national shut-down.

“As we are now a full year from the initial COVID induced national closures of 2020, the U.S.’s strong national housing market continues to chug along in April,” said Steve Gaenzler, Radian’s SVP of Data and Analytics. “Pent-up demand for homes, improving economic activity, a strong labor market and low mortgage rates have been strong tailwinds for housing. However, as the U.S. starts to see growing considerations for ending or reducing government stimulus (monetary and fiscal) in the coming months, and concerns of higher potential inflation making headlines, there is a need to keep a very close eye on housing in the coming half year.”

Nationally, the median estimated price for single-family and condominium homes rose to $277,356. Since the start of the COVID lockdowns in March 2020, the average home in the U.S. has appreciated by more than $20,000. Home price appreciation over the past year has increased homeowner equity levels by more than $1.5 trillion dollars as Americans continue to cash in on record home sales. Redfin recently reported that half of the homes sold nationwide went for more than their list price during the four-week span ending May 16, marking a 23% rise from the same period year-over-year. 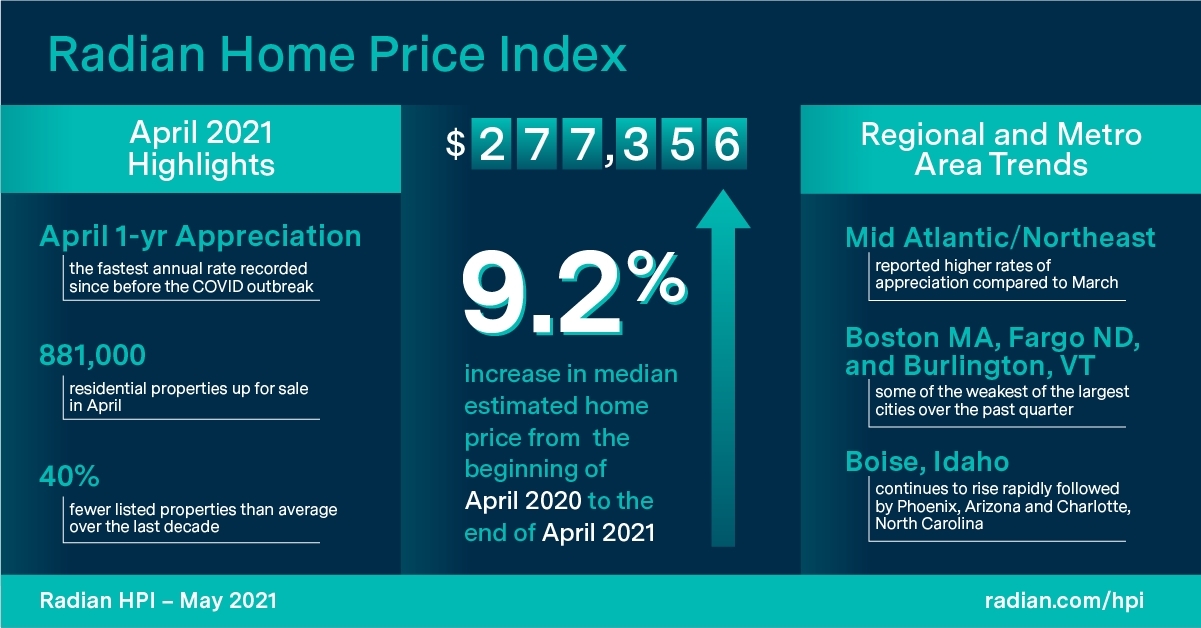 Home price gains can be partially attributed to the continued lack of supply. After falling for 10 of the prior 12 months, active listings have now increased three consecutive months—although only by 32,000 properties from the prior month. In April, more than 881,000 residential properties were for sale, the fifth month with less than one million properties listed nationally. Over the last decade, the U.S. has had an average of 1.4 million homes on the market each month. At the current count of active listings, the U.S. has 40% fewer homes on the market, on average, than at any time over the past decade.

As a result of the shortage in supply, more and more are clamoring for the few houses on the market, snatching them up in record time. Redfin reported that in April 2021, the typical single-family home went under contract in 19 days, 16 days fewer than just a year ago and the fastest pace since Redfin began reporting this metric.

New home construction has felt the sting as well, with the cost of labor and lumber remaining a concern, the U.S. Department of Housing and Urban Development (HUD) and the U.S. Census Bureau recently reported that housing starts dropped in April 2021, hitting 1.57 million units, down 9.5% from March, but is 67.3% above the April 2020 rate of 938,000.

While all six Regional indices reported higher 12-month rates of home price appreciation, only two Regions (Mid Atlantic and Northeast) reported higher rates of appreciation compared to March. In April, the Northeast narrowly edged out the South Region for the highest appreciation rate (+11.9 percent). All Regions showed strength in the month with the worst performing Region (Midwest) still recording an impressive 9.1% increase from the prior month. Nebraska, Arizona, Arkansas and Mississippi have shown the greatest increase in appreciation. The most consistently strong states for appreciation in the last half year include Idaho, Montana, Georgia, and Washington. While these states showed increasing or consistently steady rates of appreciation, 11 of the 50 states plus the District of Columbia recorded lower monthly appreciation rates than the average appreciation over the last six-months including North Carolina, North Dakota, West Virginia, and Kentucky.