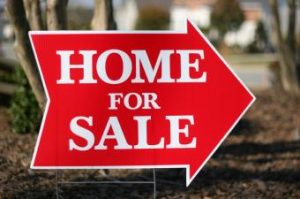 With the economy on cruise control and a solid labor market, it would seem like ideal conditions for brisk home sales. The fly in that ointment is that there just aren't enough homes for sale to drive sales totals higher.

That, however, could change by the end of this year. Such is the perspective of Lawrence Yun, Chief Economist of the National Association of Realtors. Yun presented his 2018 midyear forecast during the 2018 REALTORS Legislative Meetings & Trade Expo, where he said that, despite headwinds, a moderate and multiyear increase in home sales is likely ahead.

Home sales rates cooled noticeably last year. According to NAR, after accelerating 3.8 percent in 2016, existing home sales rose only 1.1 percent to 5.5 million in 2017. Yun said he expects that rate to bump to almost 2 percent this year and then turn into 5.7 million home sales next year.

“Overall fundamentals remain solid, driven by a growing economy and steady job creation, which will sustain home sales in 2018 slightly above last year’s pace,” Yun said. “The worsening housing shortage means home prices are primed to rise further this year too, hindering affordability conditions for homebuyers in markets across the country.”

Until then, the widespread shortage of homes for sale is the major factor limiting sales, Yun said. Home sales have risen modestly since the start of the year, but without more supply to satisfy demand and alleviate the upward pressure on prices, contract activity is likely to remain flat and will more or less continue sideways through the end of the year.

According to NAR, total housing inventory at the end of March was 1.67 million existing homes available for sale. That's 7.2 percent lower than a year ago when there were 1.8 million.

Inventory has trended steadily downwards for the past five years, Yun said, and the country is “experiencing the lowest inventory levels in a generation.” Unsold inventory, he said, is at a 3.6-month supply, which is down from 3.8 months a year ago.

Danielle Hale, Chief Economist at Realtor.com, who also spoke at the expo, said there are 250,000 fewer starter homes (those priced under $200,000) now than there were two years ago. The shortage has pitted millennials, boomers, and inventors against each other for a smaller pool of affordable inventory.

“There is reason for optimism ahead though," Hale said. "We are starting to see new listings grow in recent months; the inventory shortage isn’t over, it took us years to get into an inventory rut, so it’s going to take us years to get out of it, but we do see signs of a turnaround.”

While consumer optimism for finding a home is waning, Hale said buyers aren’t giving up their dreams.

“Buyers know it’s tough,” she said. “Thirty-five percent of shoppers anticipate a lot of competition, but they remain optimistic, and more than 70 percent expect to close in 2018.”