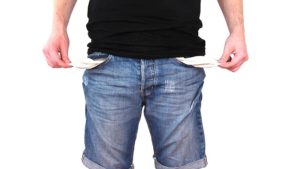 Unemployment is low, and economic headlines are mostly positive, but a substantial percentage of American households struggle to meet their basic needs, according to new data from the United Way [1].

There are 16.1 million households living in poverty in the United States. More than twice that number earn “less than what it takes to survive in the modern economy,” according to the United Way ALICE Project [2].

Dubbed ALICE—Asset Limited, Income Constrained, Employed—by the United Way, these households are “one emergency from poverty.” They are above the Federal Poverty Line but are unable to meet the basic needs of housing, food, healthcare, childcare, and transportation.

There are 34.7 million ALICE families in the U.S. Together with those counted as living in poverty, that’s 50.8 million households who struggle to meet their basic needs.

While the Federal Poverty Line relies on national averages, the ALICE Project reviews county-level data across the nation to determine the earnings necessary to meet the costs of basic living needs in that county. Households that fall below the “ALICE Threshold” account for 43 percent of American households. ALICE persists across all regions of the nation and among all ages, races, and ethnicities.

The three most common jobs for individuals falling into the ALICE category are retail sales, cashiers, and food preparers. Median earnings for these three jobs are below $13.07 per hour. Other jobs common among ALICE earners are office clerks, nurses, customer service representatives, elementary school teachers, and maintenance and repair workers.

More than two-thirds of U.S. jobs pay less than $20 per hour, according to ALICE Project data, and “the dominance of low-paying jobs shows no signs of slowing down.” More than 30 percent of households in each state fall below the ALICE-defined “basic survival budget.”

North Dakota has the lowest share of households unable to meet basic needs at 32 percent. The highest share was recorded in California, New Mexico, and Hawaii, at 49 percent.

“One of the most difficult conditions that most ALICE households face is the high cost of housing,” according to the United Way ALICE Project.

Some of those constraints include zoning regulations, land availability, and construction costs, according to the ALICE Project.

The ALICE Project was initiated by the United Way of Northern New Jersey at the start of the Great Recession with a mission of redefining financial hardship in the United States with more comprehensive and more precise data. The project aims to inform policy for government, business, and nonprofit organizations.

"For too long, the magnitude of financial instability in this country has been understated and obscured by misleading averages and outdated poverty calculations," said John Franklin, President of the ALICE Project and CEO of United Way of Northern New Jersey.

He called it “morally unacceptable and economically unsuitable” for the nation to allow such a high percentage of its working residents to live “paycheck to paycheck.”

“We are all paying a price when ALICE families can't pay the bills,” he said.