Home / Daily Dose / Is Rise in Forbearance Volume Cause for Concern?

Is Rise in Forbearance Volume Cause for Concern? 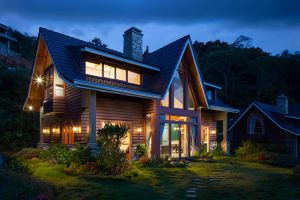 This week saw an uptick in overall COVID-related loan forbearance plans, which increased by about 16,000, or 73%, Tuesday to Tuesday, according to Black Knight's weekly report. That marks week two of increases after an enduring downward trend. Analysts say the fact that this is only the third overall week-over-week increase in the past 12 weeks signals that things are still steadily improving.

As of May 25, 2.2 million homeowners, 4.1% of all mortgagees in the country, are enrolled in forbearance plans.

By type of loan, 2.4% of borrowers with loans backed by Fannie Mae or Freddie Mac are in forbearance plans; 7.3% of those in Federal Housing Administration or VA-backed loans; and 4.8% of portfolio or private label securities loans.

The 1,000 weekly decline in Fannie and Freddie loans was offset and then some by an increase of 2,000 for FHA/VA and a 15,000 increase for portfolio-held and privately securitized mortgages.

"After seeing improvement accelerate as early forbearance entrants went through the 12-month review process in March and April, exit activity has since returned to more 'normal' levels, reported Black Knight. "Mid- to late-month increases in forbearance plan volumes like we’ve seen in the past two weeks have been very common during the recovery to-date."

Plan starts reached the highest level in nine weeks, and most of those are re-starts (homeowners who had canceled their plans but needed assistance again) according to Black Knight.

Some 145,000 plans are still listed with May 2021 expirations, providing a moderate opportunity for additional improvements over the next two weeks and, more acutely, in early June. Another 780,000 plans are currently slated for review for extension or removal in June, the final quarterly review before early forbearance entrants begin to reach their 18-month plan expirations later this year.

"June will mark the 15-month review point for many of the early forbearance entrants, so we will be watching exit velocity closely during that time," note the researchers at Black Knight.

Forbearance numbers from the Mortgage Bankers Association earlier this week look similar to Black Knight's data but did show a decline in overall forbearances rather than an incline.