Home / Daily Dose / The Week Ahead: Nearing the Forbearance Exit

The Week Ahead: Nearing the Forbearance Exit 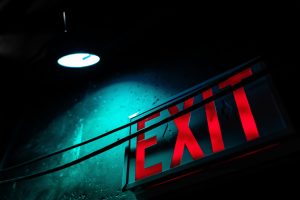 Due to the Memorial Day holiday Monday, the next Forbearance and Call Volume Survey from the Mortgage Bankers Association (MBA) will be released Tuesday, June 1, and if the previous weeks are any indication, the number of Americans exiting forbearance plans will continue to rise.

And even though the foreclosure moratorium for homeowners has been extended by President Joe Biden through June 30, 2021, more Americans are returning to the workforce and positioning themselves on better financial ground. The latest report from the U.S. Department of Labor finds initial unemployment claims at 406,000 last week, a decrease of 38,000 from the previous week's level of 444,000, marking the lowest level for initial claims since March 14, 2020 when it was 256,000.

At last glance, the percentage of homeowners in forbearance plans as reported by the MBA was 4.19%, while nearly two months ago on March 30, the share of mortgages in forbearance plans was at 4.96%. Will the trend continue and push downward as the expiration of the foreclosure moratoria nears? We will know more come Tuesday when the MBA issues its latest findings.

Previous: Is Rise in Forbearance Volume Cause for Concern?
Next: Governmental Measures Target Expanded Access to Affordable Housing