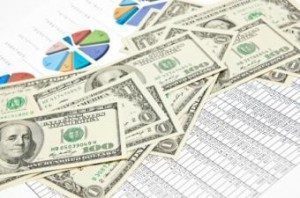 What trends are impacting the landscape of lending and servicing in 2018? A new survey from the American Bankers Association [1] seeks to provide insights into that topic, having polled 161 banks to assemble its data.

The ABA’s 25th Residential Real Estate Lending Survey culled data between February 14, 2018, to March 30, 2018, much of it incorporating year-end results from 2017. Sixty-five percent of the survey respondents were commercial banks and 35 percent were savings institutions. Approximately 73 percent of the institutions surveyed reported assets totaling less than $1 billion.

The survey reported that participant loan volume for 1-4 family mortgage loans averaged $80 million. In 2017, 1-4 family mortgage purchase loan originations made up 60 percent of year-to-year origination, according to the survey. For comparison’s sake, in 2016 the percentage was 53 percent, and 45 percent in 2015.

For home equity loans, the average participant loan volume was $6.3 million. (Reverse mortgage originations have been on the downswing [2] in recent months.)

The 30-year fixed-rate mortgage remained the dominant type of mortgage products offered, according to the survey, coming in at 52.8 percent (compared to 47.7 percent in 2016). Fixed-rate 15-year mortgages dropped from 18.6 percent in 2016 to 15.4 percent last year.

Also worth noting: the percentage of loans made to first-time homebuyers has been slowly but steadily increasing over the past four years. In 2014, it was at 14 percent; in 2018, it had increased to 17 percent.