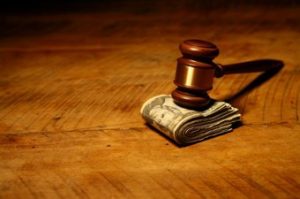 Ocwen Financial Corp. has filed a lawsuit in California Superior Court alleging that Fidelity Information Services LLC (FIS) inflated its monthly rate and charged Ocwen for a variety of expenses while serving as its monitor for a 2015 mortgage servicing settlement case.

According to the filing, Ocwen alleges that FIS wasted an agreed to $44.8 million budget through “fraudulent or negligent misrepresentations in its monthly invoices to Ocwen”. The suit also claims “whenever Ocwen questioned the legitimacy of FIS’s invoices or confronted FIS about their increasing enormity, FIS reiterated its misrepresentations that the hours and expenses reflected on the invoices were legitimately worked and incurred.”

Because FIS held fast that its invoices were legitimate, “FIS induced Ocwen to continue to pay millions of dollars for work that was not performed,” the filing stated. Ocwen alleges that FIS did so because the monitor felt that it had “free reign to lie to Ocwen without consequence.”

The suit orbits a 2015 settlement against Ocwen for alleged impropriety in its mortgage servicing practices. The California Department of Business Oversight ordered Ocwen to conduct a two-year review of its business and named FIS as the agency to do the review. FIS proposed the nearly $45 million budget to review as many as 50,000 loan files.

“Each time FIS submitted an invoice to Ocwen, FIS represented that the amounts reflected hours actually worked in support of the review and expenses reasonably incurred and for which FIS was entitled to be reimbursed,” the filing states. “Those representations were false.”

Ocwen alleges that FIS routinely submitted false, fraudulent, and improper invoices, featuring “dramatically inflated hours” that FIS and its contractors did not actually work. The suit claims FIS and its associates took as many as 14 breaks per day that were still billed to Ocwen, as well as “implausible” hours (as many as 16 a day).

Ocwen also alleges that FIS billed them for expenses that either were never incurred or “reflected attempts by FIS associates to reimburse themselves for personal or other unallowable expenditures.” Ocwen claims FIS employees tried to write off employee visits to strip clubs; purchases of liquor and groceries for personal use; trips to casinos; and hotel expenses.

“As a direct result of FIS’s fraudulent charges and artificially-inflated invoices,” the filing stated, “FIS ran through the $44.8 million budget for the entire two-year review in just 11 months, while delivering less than half of the work it was hired to do. FIS was on pace to charge Ocwen $120 million—nearly triple the project budge