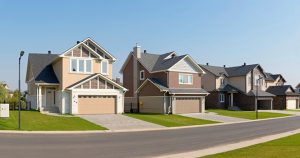 In many ways, the COVID-19 pandemic is largely behind us. Even so, ripples from early in the pandemic are still affecting the market today.

According to a new report from Zillow, for the first time over a decade, it is easier to buy a home In the city versus a suburb. A key factor behind this is the massive appreciation of suburban homes, which is indicative of stronger demand and fiercer competition for this type of housing.

Zillow says that even though competition for properties of all types is strong in most of the country, there are still opportunities to be found.

The study found that suburban ZIP codes saw home values rise faster than ZIP codes in traditionally urban areas. The typical home in the suburbs gained $66,490 in value in the past year, compared to $61,671 for the typical urban home.

This atypical move is a 180-degree turn from the “norms” seen during the first 15 months of the pandemic. From 2013-2021, urban homes were generally gaining value more quickly.

"In the beginning of the pandemic, home values in urban areas generally outpaced suburban areas, counter to what many expected during the rush for more space," said Zillow Economist Nicole Bachaud. "And while urban home value gains have continued to accelerate, the suburbs are even hotter, showing just how strong demand is for limited suburban inventory. That could mean competition for homes will be lighter near city centers this home shopping season, something we haven't been able to say for nearly a decade. That's not to say shopping for a home in the city will be a leisurely affair, but any sliver of opportunity for buyers is welcome in this market." 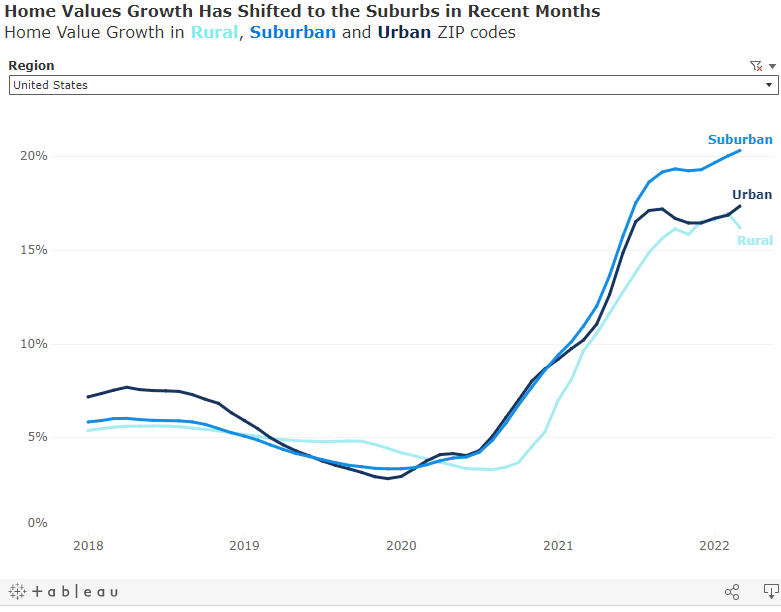 It’s no secret that the switch to remote work changed the U.S. housing landscape; the National Bureau of Economic Research further found the shift toe remote work is responsible for more than half of the gain in U.S. home prices since late 2019, and that the “evolution of remote work is likely to have a major impact on the future path of home values.”

“The shift has been more pronounced in a few metro areas where suburban home values grew especially fast compared to urban home values in 2021: San Francisco, Columbus, Seattle and Boston,” Zillow said. “This may reflect home buyers reacting to employers' return-to-office plans, realizing that the cost savings of a move to the suburbs are not as big as they once were, or sensing that competition may not be as stiff for homes in urban parts of the metro.”