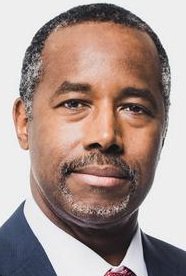 The world is going to get a lot more Ben Carson in the coming weeks, as the head of the Department of Housing and Urban Development (HUD) ups his public profile during the newly-proclaimed National Homeownership Month.

Recently, President Trump proclaimed June as National Homeownership Month—the first of its kind—in an effort to “recognize the many benefits of homeownership to families, our communities, and our nation.”

“For generations of Americans, owning a home has been an essential element in achieving the American Dream,” President Trump said in his proclamation. “Homeownership is often the foundation of security and prosperity for families and communities and an enduring symbol of American freedom. This month, we recommit to ensuring that hard-working Americans enjoy a fair chance at becoming homeowners.”

Carson kicked off Homeownership Month on Thursday with an academic forum at his own department, discussing the state of homeownership in the U.S., the aftermath of the housing crisis, and homeownership hurdles specific to the millennial generation.

“After all we’ve been through, homeownership remains an American value and the cornerstone of our economy,” Carson said. “Today, we recognize the abiding value of owning a home, and rededicate ourselves toward ensuring that every hardworking and credit-worthy American enjoys a fair chance at becoming a homeowner.”

He also addressed the housing crisis during the forum, telling the audience, “We must heed worries and warnings. We must be prudent and wise, far-reaching and visionary. We want to make sure that homeownership is on solid ground, now and in the future. We need ethical behavior, risk within smart boundaries, and best practices, personally and financially. We must follow those practices that are fair, responsible, transparent, and prudent. The bankers, lenders, and investors are not playing with Monopoly money. They have been entrusted with a duty to safeguard the hard-earned money of others, and we must hold them to their duties, fiduciary and otherwise, not just in words, but actions and investments. As we learned in 2008, the consequences of irresponsible behavior are national and international."

But today’s forum was just the start of a busy month for Carson, as he makes the round in the media and around Capitol Hill.

So far, Carson has been optimistic about the cuts, saying “While the scale of this reduction is significant, we are prepared to meet its challenges."

Carson also recently talked with Sirius XM radio host Armstrong Williams about the “mindset” of poverty, as well as the role the government should play in helping its impoverished citizens. Carson told Williams that the government can provide a “helping hand” to those in need, but that “sustaining them in a position of poverty” was not wise.

“As part of my Administration's plan to strengthen the middle class and the American housing market, I am working with the Congress on a pro-growth agenda of reducing rules and regulations, cutting taxes, and eliminating unnecessary government spending. These policies will unshackle our economy and create and sustain high-paying jobs so that more Americans have the resources and freedom they deserve to fulfill their American Dream.

Previous: Affordability Gap Especially Rough for Minorities
Next: FHFA Sells Over 72,000 NPLs at a Gain of $14.2 Billion