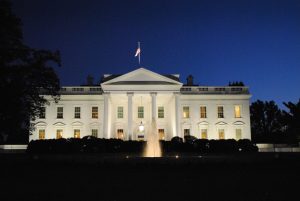 The White House Tuesday announced plans to narrow the racial wealth gap with action related to two of the principal wealth builders in America—small business ownership and homeownership. In January Biden issued a string of executive actions related to racial equality and a memorandum acknowledging the historic role of the federal government in discriminatory housing policy. Today the administration says it is taking critical steps toward realizing the President’s directives during that first week in office.

The news comes on the 100th anniversary of the Tulsa Massacre, during which an estimated 300 Black Americans died in an attack perpetrated by a white-supremacist mob, historians and witnesses reported, and some 10,000 were left destitute and homeless.

Laws and policies enacted after the slaughter made recovery nearly impossible," the White House Fact Sheet notes. "The streets were redlined, locking Black Tulsans out of homeownership and access to credit."

The Biden-Harris administration reported it will take action to reinvest in communities suffering today—both in Oklahoma and nationwide, where similar injustices have occurred—due to failed policies of the past.

"Because disparities in wealth compound like an interest rate, the disinvestment in Black families in Tulsa and across the country throughout our history is still felt sharply today. The median Black American family has thirteen cents for every one dollar in wealth held by white families," according to the document.

As part of his Jobs Plan, President Joe Biden has said he will implement a new Neighborhood Homes Tax Credit to attract private investment in the development and rehabilitation of affordable homes for low- and moderate-income homebuyers and homeowners.

"Across the country, just 49% of Hispanic Americans and 45% of Black Americans own their own homes, compared to 74 percent of White Americans," the Fact Sheet noted. "Hispanic and Black households also have just a fraction of the wealth of their white counterparts. As home prices rise, the Neighborhood Homes Tax Credit will make a generational investment in homeownership affordability."

Biden appointed Department of Housing and Urban Development (HUD) head Marcia Fudge to lead an interagency initiative to examine the occurrence of race-based inequity when appraising a home's value.

The White House points to a 2018 Brookings study that found homes in majority-Black neighborhoods are often valued at tens of thousands of dollars less than comparable homes in similar—but majority-white—communities as some of the impetus for this effort.

"The effort will seek to utilize, quickly, the many levers at the federal government’s disposal, including potential enforcement under fair housing laws, regulatory action, and development of standards and guidance in close partnership with industry and state and local governments, to root out discrimination in the appraisal and homebuying process."

Fudge also was recently elected to chair the United States Interagency Council on Homelessness (USICH). To foster the work of HUD and USICH, President Biden’s Administration has submitted its Budget for Fiscal Year 2022 to Congress. The Budget includes the two historic plans the President has already put forward—the American Jobs Plan and the American Families Plan–with an emphasis on the reinvestment in housing.

At a recent conference of mortgage bankers, Fudge spoke of the Biden-Harris administration’s American Rescue Plan Act of 2021, which addresses several housing-related issues including expanding housing opportunities and reducing the racial wealth gap.

She said during her remarks that creating more housing opportunities is imperative, especially for those who historically have been treated unfairly.

“Owning a home is still the best way to build wealth, yet the reality is that for too many people that dream of buying a home is becoming more and more difficult to attain,” she said. “This is especially true for African Americans. In fact, the homeownership gap between black and white families is wider today than it was in 1960, which banks could still legally discriminate against borrowers based on the color of their skin.”

She went on to say that the President’s infrastructure plan, which calls for major new investments into our housing sector, is evidence of the administration’s commitment to providing a path to homeownership for more Americans.

Several proposed policies stand at the center of an ongoing debate between political parties, as Politico reported recently, pointing out that "homeownership may be the most glaring area of economic disparity in the U.S."

The fight over housing policy "illustrates the daunting challenges Democrats face as they try to make good on pledges to combat racial inequity in the Biden era," as Politico's Katy O'Donnell puts it. "In trying to remedy past discriminatory policies by focusing on specific groups, they run the risk of creating new lopsided policies that alienate other Americans and could be challenged in court."

In the below video, Biden delivers remarks in Tulsa, Oklahoma.

2021-06-01
Christina Hughes Babb
Previous: Relationships Are at the Core of Your Mortgage Technology
Next: Uptick Reported in Forbearance Re-Entries