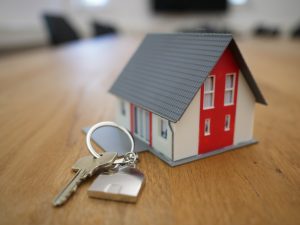 When it comes to homeownership within the Asian American community, numbers do not tell the whole story. While it is the smallest but fastest-growing racial or ethnic group in the U.S., Asian-Americans still face a difficult immigration environment, unequal access to opportunity, and unequal educational backgrounds, the same barriers to housing that many other racial and ethnic groups face in the country, according to recent research from Zillow.

The numbers show Asian-American homeownership rate rose six percentage points from 2000 to 2019 to 59%, outperforming near-flat or dropping rates of other racial and ethnic groups and narrowing the gap with the 71% white homeownership rate. The median household income of Asian-Americans is the highest across all racial or ethnic groups in the U.S., and Asian-owned home values are 3.7% higher than typical home values.

That said, the concentration of Asian households in more expensive coastal metros, such as New York, San Francisco, San Jose, and Los Angeles, skew the median incomes and Asian-owned home values higher than the national average, Zillow's researchers point out.

"Asian households are often upheld as an economic success story—high incomes, homeownership rates, and other positive metrics point to a relatively prosperous demographic. But this highly diverse group also has the highest level of income inequality, and housing characteristics across Asian ethnicities differ greatly," Zillow Economist Alexandra Lee says. "As this population continues to grow — faster than any other racial or ethnic group—it will be crucial to recognize the disparities within the AAPI community to understand the opportunities and missed opportunities they are experiencing in the housing market."

While most of the stats point to prosperity for Asian Americans, research shows income inequality is rising most rapidly among this demographic, and the income distribution among Asian households is the most unequal in the nation today.

"For example, in nearly half of the top 50 metro areas in the U.S., the typical Asian household income and Asian household poverty rates are higher than the metro median—a juxtaposing truth illustrating the reality of the diverse economic standing."

It is important to bear in mind the vast differences among various ethnic regions from which those fall under the "Asian American" umbrella hail. East and Southeast Asians have the highest homeownership rates(more than 60%), and median household incomes approaching $80,000, compared to the national median of $62,187. However, Pacific Islander homeownership rates are more in line with Black and Latinx rates, at about 43% with a median household income of $65,000.

Why the vast differences? "The diverse motivations for immigration among the Asian community may help explain the wide-ranging economic situations," Zillow reported.

The researchers add that a "vast majority of Asian-headed households are foreign-born (81%), and many Asian ethnicities are more likely to be moving to the U.S. for employment opportunities, about 21% compared to 14% of immigrants overall. On the other hand, a smaller share of Asian immigrants is refugees, potentially translating to relatively higher levels of poverty and lower incomes once in the U.S."

The Zillow study further breaks down the findings from data collected in 2019. It is available at Zillow.mediaroom.com.