‘Improving Transparency and Accountability at CFPB’ 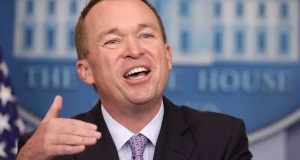 In a hearing by the House Financial Services Committee in April, Mick Mulvaney, Acting Director at the Bureau of Consumer Financial Protection (CFPB) had made recommendations to improve the “transparency and accountability,” at the Bureau.

In his remarks at the hearing, Subcommittee Chairman Blaine Luetkemeyer said that Mulvaney was striving to foster an environment that promoted transparency, legitimacy, and greater consumer choice. However, recognizing that not all reforms could be done administratively, Luetkemeyer said, "The American people deserve a Bureau of Consumer Financial Protection that enforces the law rather than creates it, and that gives power and choice back to the consumers."

Apart from these recommendations the Credit Union National Association (CUNA) also sent a letter to the subcommittee urging the CFPB to streamline regulatory burdens for credit unions and work more closely with the National Credit Union Administration (NCUA) on compliance.

“Consumers lose when one-size-fits-all rules force credit unions to pull back safe and affordable options from the market, pushing consumers into the arms of the providers engaged in the very activity that the rules were designed to curtail,” the letter said.

Previous: The Lingering Impact of Harvey on Houston’s Housing Market
Next: Industry Pulse: Updates on Ginnie Mae, Hyland, and More