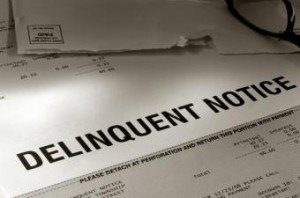 The overall delinquency rate in March 2020 was 3.6%, which is a slight decline of 0.4% from March, according to CoreLogic’s Loan Performance Insights Report.

“The first three months of 2020 reflected one of the strongest quarters for U.S. mortgage performance in recent history. The build-up in home equity over the past several years, government stimulus programs, and lower borrowing costs have helped cushion homeowners from the initial financial shock of the pandemic and kept widespread delinquencies at bay during the first months of the recession,” said Frank Martell, President and CEO, CoreLogic. “Looking ahead, we can expect a more widespread impact on U.S. delinquency rates as the economic toll of elevated unemployment and shelter-in-place orders becomes more evident.”

March was also the third consecutive month that the serious delinquency rate has been at its lowest level since June 2000.

San Francisco-Oakland-Hayward had the smallest delinquency rate among the largest metros studied, coming in at 0.3%.

Previous: Lines of Communication in Mortgage Services
Next: Mark Calabria: More Work to be Done in Housing