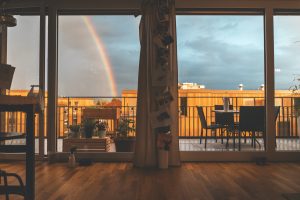 Realtor.com this week announced a new partnership with the LGBTQ+ Real Estate Alliance. The Alliance was founded June 2020 and has chapters throughout the U.S., Canada, and Puerto Rico. The collaboration will allow the groups to identify training opportunities that cultivate LGBTQ+ leaders and mobilize members in support of mutually beneficial federal policies, among other pro-LGBTQ+ and real estate industry initiatives, according to a press release from Realtor.com. The collaboration, they say, is "part of an effort to help identify challenges and initiate positive change in the housing industry."

The two organizations, along with Community Marketing & Insights (a 100% LGBTQ-owned and -operated research firm) collaboratively published findings from a new survey that reveals that LGBTQ discrimination remains a problem in real estate. It found that members of the LGBTQ community are less likely to be homeowners and showed that progress largely depends on the acceptance of welcoming neighbors.

"Home means something different to everyone—family, love, security, belonging—and Realtor.com believes that no matter the circumstance, every person deserves the opportunity to create a home that reflects who they are and what is most important to them," said company CEO Mickey Neuberger. "The LGBTQ+ Real Estate Alliance is an essential voice in the discussion of fair housing and we are excited to work with them on these very important issues. We're proud to stand with our LGBTQ+ community and are committed to diversity, equity, and inclusion in housing."

One of President Joe Biden's first executive orders involved banning discrimination against members of the LGBTQ+ community, making it illegal, on a federal level to deny homes or mortgages to anyone based on their sexual orientation or gender identity.

And, while housing discrimination based on "race, color, religion, sex, familial status, or national origin" has long been illegal under 1968's Fair Housing Act, the Department of Housing and Urban Development (HUD), on the heels of Biden's order, effectively added, "housing discrimination based on gender identity or sexual orientation" to the type of complaints it will investigate, act upon, and apply funds toward.

We've seen progress, but work remains, as the study indicates.

Ryan Weyandt, CEO of the LGBTQ+ Real Estate Alliance says discrimination against the LGBTQ+ community in housing is real.

"But we know the fear of discrimination is even greater," he said. "Our community already must place an outsized emphasis in identifying safe and accepting communities. Discrimination and the fear of it is another burden. I don't believe we are going to see the number of LGBTQ+ homeowners rise without eliminating housing discrimination against us. It is an unnecessary barrier that should be illegal as it is for other diverse groups."

Some cities and neighborhoods appear better equipped to offer a better living situation to LGBTQ+ homeowners, according to a Pride month study by Realtor.com, which suggests places such as Pittsburg, Pennsylvania, Atlanta, Georgia, and Austin, Texas are most likely to offer what one agent calls "an equitable experience."

When asked what type of environments they would consider moving to in the next 10 years, respondents to the Realtor.com/LBGTQ+ Real Estate Alliance study indicated city life remained popular, with medium-sized cities (50%) being favored over big cities (40%).

"Some in the community were also interested in the suburbs (32%), small towns (26%), and rural areas (17%). The responses were in line with the established pattern of younger people being more interested in cities and older people interested in less crowded environments," according to Realtor.com.

"Members of the LGBTQ community often seek out places where they feel safe as well as welcome," said Realtor.com Deputy News Editor, Clare Trapasso. "These tend to be places with visible and supported LGBTQ communities, LGBTQ protections in place and where they believe they are less likely to be discriminated against."

The full report plus more charts like the one below are available at Realtor.com.

2021-06-10
Christina Hughes Babb
Previous: Number of Underwater Homes Took a Dip in Q1
Next: The Importance of Supply Chain Diversity in Mortgage