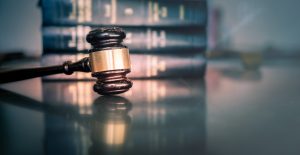 Daniels took out a loan with Countrywide in 2005, defaulted and entered into a loan modification agreement in March 2009 (“Modification” or “Agreement”). The Modification allowed Daniels to make interest-only monthly payments for 10 years. The monthly payments would gradually escalate, and after the 10-year period, Daniels would be required to again make principal and interest payments, as specified by the Agreement. Daniels made timely payments under the Agreement for over a year. Sometime thereafter, Wells Fargo obtained an interest in the loan from Countrywide.

In June 2010, Wells Fargo refused to accept Daniels’ interest-only payments and initiated foreclosure proceedings. Daniels successfully moved to enforce the Countrywide Modification. The court “sanctioned Wells Fargo for improperly bringing the foreclosure action” and ordered Daniels to resume making the modified payments. While Daniels and Wells Fargo litigated the issue (over four years), $60,808.83 in interest and escrows accumulated. The court ordered that amount to be added to the end of the Modification. As of November 2016, the outstanding principal on Daniels’ loan was $250,714.83 [$189,911.00 plus $60,803.83] and Daniels’ interest-only payment was $982.25.

After the conclusion of the foreclosure, Wells Fargo’s servicer, SPS, sent Daniels a number of monthly statements as required by TILA. Daniels claimed those statements were “harassing, false, and misleading” and constituted “unfair practices in connection with the collection of a debt in violation of the FDCPA and the FCCPA.” Daniels identified a November 2016 statement as “most problematic” in that it listed the outstanding principal at $356,121.53 instead of $250,741.83 and the monthly payment at $2,244.90 instead of $982.25. Daniels also complained the statement “misrepresented that the loan was in arrears” when “there was no delinquency at all.” Daniels’ counsel sent two letters to SPS regarding the inaccurate statements but did not receive a response.

In June 2018, Daniels sued SPS for FDCPA and FCCPA violations based on the inaccurate statements. The Middle District of Florida dismissed the action with prejudice finding the statements were required by and complied with TILA requirements and “were not communications in connection with the collection of a debt …” Daniels appealed the dismissal order to the Eleventh Circuit Court of Appeals which reversed and reinstated the case against SPS. The Eleventh Circuit pointed out the issue to be determined was whether Daniels “pled sufficient facts to plausibly allege FDCPA and FCCPA coverage.” The Court clarified that “facial plausibility” requires more than a “sheer possibility,” but less than a “probability requirement.” The Court explained that if the facts pled allow for a “reasonable inference” that the “defendant is liable for the misconduct alleged” then dismissal was inappropriate.

The Court went on to conclude that Daniels “plausibly alleged” the monthly statements were “communications in connection with the collection of a debt.” The Court relied heavily on the fact the statements “expressly said that they were ‘an attempt to collect a debt.’” The Court noted this was an important and distinguishing factor since the Truth in Lending Act (TILA) did not require the monthly statements to include this phrase. The Court explained “[v]iewed holistically, a communication that expressly states that it is ‘an attempt to collect a debt,’ that asks for payment of a certain amount by a certain date, and that provides for a late fee if the payment is not made on time is plausibly ‘related to debt collection.’” The Court rejected SPS’s argument that since the statements were required by the TILA, the statements could not be actionable under the FDCPA or FCCPA.

Notably, the Court pointed out it was not expressing an opinion on the merits of Daniels’ claims. The Court “only tackled the question of FDCPA and FCCPA coverage” while leaving for the district court to determine whether Daniels’ allegations demonstrate that SPS violated the FDCPA and FCCPA. The time for rehearing on this opinion does not expire until June 9, 2022, so the opinion it is not yet final. Assuming there is no rehearing on remand, the Middle District may very well find the monthly statements did not violate the FDCPA or FCCPA when considered on the merits. Stay tuned for updates on this important issue.