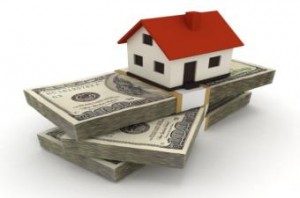 Computerworld has ranked Quicken Loans the No. 1 large company to work for in the information technologies industry for the fourth year running, due in large part to the can-do-it, optimistic attitude that pervades their offices, which are located in Detroit.

Quicken Loans is known for their “isms,” or the 19 core values that drives their business ethos. “Isms” are more like sayings rather than an employee handbook. They include phrases like, “We’ll figure it out,” or, “You’ve got it,” or, “a penny saved is a penny.” And while they might sound simple, they signify a larger, more forward thinking to business and innovation.

If anything is proof the mortgage-lending firm is doing something right, it shows in their turnover rate, which sits at a meager 6 percent. Their IT department has around 1,500 people employed under its umbrella, and the company expects that number to grow by 10 percent, even in light of their recent bout with the Department of Justice.

The added popularity of nonbank lenders in both the market and the employment sector has been attributed to the way in which banks had stricter regulations than nonbank lenders after the housing crisis. With less restrictions, nonbank lenders had more autonomy to lend as they saw fit rather than follow rules set forth by regulatory bodies.

Previous: Subprime Mortgages Moving From Rearview
Next: Before and After the Storm