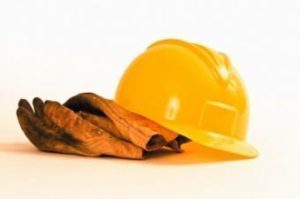 Home builders are plagued with labor and lot shortages, and it’s causing their confidence in the single-family market to waver, according to new data from the National Association of Home Builders [1] (NAHB) and Well Fargo [2] released this week.

Overall, builder confidence in the single-family residential market has dropped by two points in June. According to NAHB Chief Economist Robert Dietz, builders recognize the buyer demand—but hurdles are holding them back from rising to the occasion.

“As the housing market strengthens and more buyers enter the market, builders continue to express their frustration over an ongoing shortage of skilled labor and buildable lots that is impeding stronger growth in the single-family sector,” Dietz said.

According to the Housing Market Index [3] released by the NAHB and Wells Fargo on Thursday, builder sentiments surrounding currently single-family home sales, expected sales in the next six months, and rate of traffic were all down for the month. Sentiments were lowest in the Northeast and West, according to the report.

But the single-family market isn’t the only sector builders should worry about. According to data released by the U.S. Department of Housing and Urban Development [4] and the Commerce Department [5], multifamily construction starts fell 9.7 percent over the month of May. Overall, housing starts dropped 5.5 percent across the nation, while single-family production fell 3.9 percent for the month.

Granger MacDonald, Chairman of the NAHB, is confident that production—at least in the single-family sector—will improve as the year goes on.

“Today’s report is consistent with builder sentiment in the housing market, indicating some weakness after a strong start to the year,” MacDonald said. “Ongoing job growth, rising demand, and low mortgage rates should keep the single-family sector moving forward this year, even as builders deal with ongoing shortages of lots and labor.”

Permits were down in all regions except for the Northeast which, according to First American Chief Economist Mark Fleming, means supply will remain tight for the foreseeable future.

“Today’s Census Bureau report for May signals further supply shortages in the housing market,” Fleming said. “Permits and Starts decreased 0.8 percent and 2.4 percent respectively compared to a year ago. The pace of single-family housing starts, 794,000 (SAAR), is particularly important as it represents near-term new supply that the housing market is lacking.”