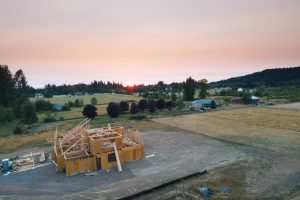 The shortage of housing—of both the affordable and merely available variety—is a forefront issue for housing-policy decision-makers, and is at the center of many recent studies aiming to gain understanding and access solutions.  The idea of housing as infrastructure has been the topic of nationally recognized op-eds, and it also is at the heart of a National Association of Realtors (NAR) report authored by the Rosen Consulting Group, Housing is Critical Infrastructure: Social and Economic Benefits of Building More Housing, published Wednesday.

The authors say that, while the supply lack has been a problem in the making for decades—due to underinvestment and underbuilding— it is worse than the experts had surmised, and solving it will require a nationwide commitment.

"The state of America's housing stock … is dire, with a chronic shortage of affordable and available homes [needed to support] the nation's population," the report asserts. "A severe lack of new construction and prolonged underinvestment [have led] to an acute shortage of available housing… to the detriment of the health of the public and the economy. The scale of underbuilding and the existing demand-supply gap is enormous… and will require a major national commitment to build more housing of all types."

The ability to correct the dearth of inventory has slowed significantly since the turn of the century and more so over the past decade. This trend affects every region of the country, creating what the NAR report calls an "underbuilding gap" of 5.5 to 6.8 million housing units since 2001.

"There is a strong desire for homeownership across this country, but the lack of supply is preventing too many Americans from achieving that dream," said Lawrence Yun, NAR's Chief Economist. "It's clear from the findings of this report and from the conditions we've observed in the market over the past few years that we'll need to do something dramatic to close this gap."

The report goes into more specifics, but, some of the recommendations include lawmakers working to expand access to resources, remove barriers to and incentivize new development, and make housing construction an integral part of a national infrastructure strategy.

Last week DS News covered a report showing that re-zoning certain residential areas is the first thing many experts think of when asked to address the shortage.

Another Urban Institute report showed a larger focus on making homeownership attainable, as opposed to focusing policy on affordable renting, is the path toward filling that gap. 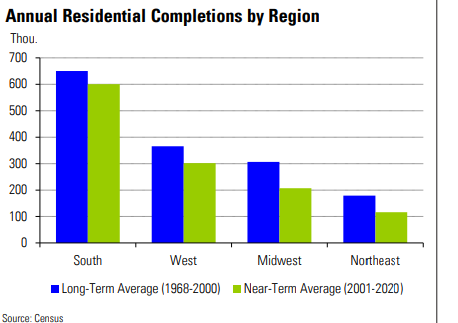 NAR President Charlie Oppler, commenting on his association's report, says that while many factors over the past 20 years have contributed to the issue, "what's important now is that we find solutions that will get us out of this crisis and provide more stability in future markets."

He suggests adequate increases in housing construction this decade would add an estimated 2.8 million American jobs and $50 billion in new, nationwide tax revenue. "Additional public funding and policy incentives for construction will very clearly provide huge benefits to our nation's economy, and our work to close this gap will be particularly impactful for lower-income households, households of color, and millennials."

The full report is available on NAR.org.