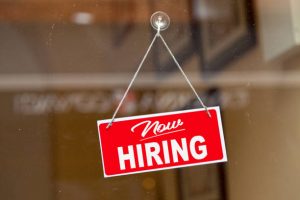 Hiring the right people can make or break a company and 2021 saw one of the most competitive job markets in recent memory. A true jobseekers market, more than 20 million people quit their jobs in the second half of 2021 according to the Bureau of Labor and Statistics end of year jobs report.

The real estate market, being the fickle thing it is, was not immune to the “great resignation” as 60% of 300 firms and companies that responded to a survey from Ferguson Partners, [1] that was conducted for SitusAMC [2], saw some sort of voluntary employee turnover throughout the year. Nearly 75% saw junior employees voluntarily quit while 67% saw mid- and high-level employees voluntarily leave.

“Millions of workers are rethinking how they want to live their lives after the pandemic, and they are not willing to settle for less,” said Holly Mickens [3], Managing Director of Talent Solutions at SitusAMC. “Despite significant growth in the real estate industry, talent is becoming harder to come by, limiting companies’ ability to support business demand.”

Here are three key trends that SitusAMC observed in 2021:

3. Employees are gaming the system

In speaking with candidates, SitusAMC found that most candidates were leaving to pursue growth and learning opportunities (55%); company culture (20%), work/life balance (10%); broader scope of work (10%); and relocation (5%).

So where are companies finding talent? The survey found that proactive sourcing was the main avenue of hiring new employees, with 60% of respondents finding new talent this way. This was followed by referrals (20%); direct applicants (10%); networking (5%); and internal hires (5%).

SitusAMC concluded its report by saying that companies that found success focused on sourcing candidates in creative ways. Offering not only competitive compensation and benefits, but workplace policies that prioritize work/life balance and more flexible ways of working.

Click here [4] to view the study in its entirety.