Adding Juneteenth to the Calendar 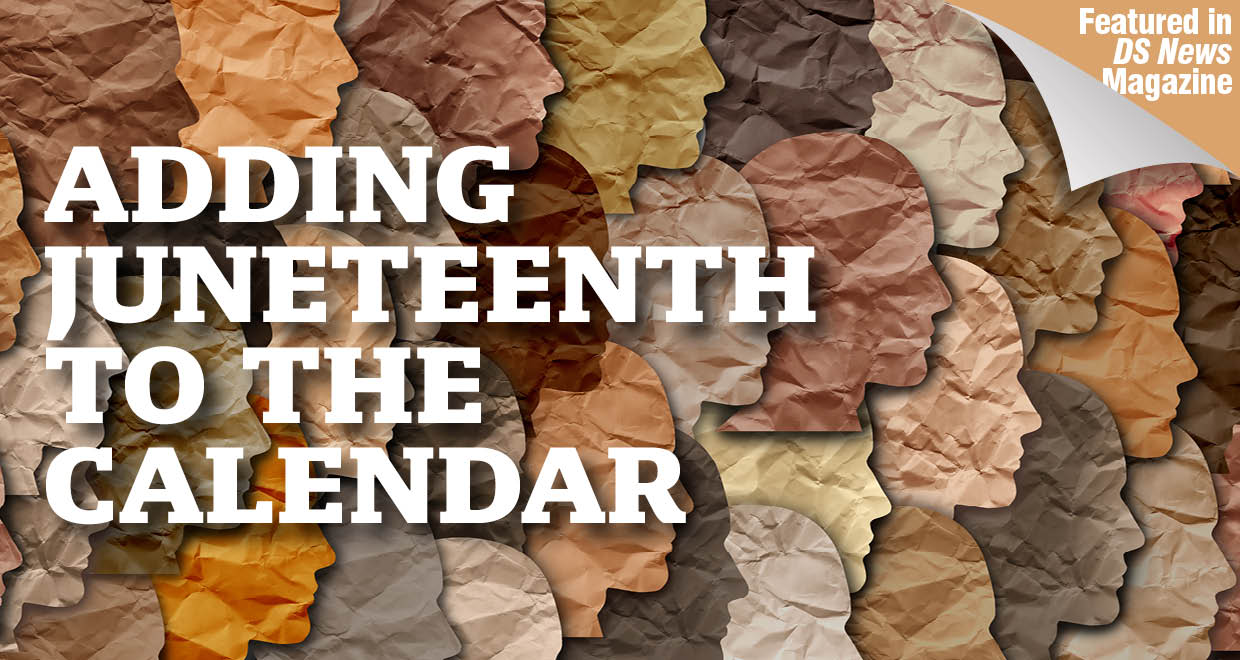 Most of the timing requirements for disclosures under the Truth in Lending Act (15 U.S.C.A. §§ 1601 et seq.) and its implementing regulations known as “Regulation Z” (particularly 12 C.F.R. Pt. 1026) use “business days” to measure time. However, “business day” is not statutorily defined (e.g., see Supra § 1602), thus the various regulatory agencies, like the Federal Reserve Board (FRB) and the Consumer Financial Protection Bureau (CFPB), tasked with enforcing TILA have had to develop their own definitions of “business day” to adequately enforce the law.

Under the so-called “Business Day Rule” outlined in 12 C.F.R. § 1026.2(a)(6), the CFPB defines “business day” in two ways. The first, commonly known as the “creditor” or “general” business day definition, defines such a day as one in “which the creditor’s offices are open to the public for carrying on substantially all of its business functions” and applies to nearly all parts of Regulation Z.

A separate definition is used for a few, specific requirements, most notably certain “right to rescind” rules under Ibid. §§ 1026.15 & 1026.23. This alternative definition is commonly known as the “precise” or “specific” business day definition. Currently, a precise day is defined as “all calendar days except Sundays and the legal public holidays specified in 5 U.S.C. 6103(a)[.]”

Last year, the “Juneteenth National Independence Day Act” (135 Stat. 287 [2021]) was signed into law and added Juneteenth as a holiday under 5 U.S.C.A. § 6103(a). Due not only to this, but also the fact that Juneteenth occurs on the same calendar day each year and will occur on a Sunday this year (and will be observed by the Federal government on Monday, June 20), a brief history of the precise day and how it is to be treated when it is observed on a different day will be especially useful for mortgage lenders and servicers this year.

Truth in Lending Simplification and Reform Act
Due to the implementation of the Truth in Lending Simplification and Reform Act in 1980 (94 Stat. 132 [1980], § VI; aka “TILA Reform Act”), the Federal Reserve Board was tasked with reforming Regulation Z in its entirety. As part of such reformation, the FRB finalized the basis of the precise day, which ultimately was a combination of the definition of “business day” within then-footnote 14 of 12 C.F.R. § 226.9 and the FRB’s proposed definition in one of their proposed rules (from December 1980) for the TILA Reform Act (specifically 45 FR 80648 [1980]).

As stated by the FRB, “[t]his definition provides a general rule applicable to most sections of the regulation and a special rule applicable only to the provisions on the right of rescission. The general rule, based on a creditor’s normal operating schedule, is identical to the December proposal. It is substantially similar to its counterpart in Regulation E, which implements the Electronic Fund Transfer Act.

“’Business day’ means a day on which a creditor’s offices are open to the public for carrying on substantially all of its business functions. However, for purposes of rescission under §§226.15 and 226.23, the term means all calendar days except Sundays and the legal public holidays specified in 5 U.S.C. 6103(a), such as New Year’s Day, Washington’s Birthday, Memorial Day, Independence Day, Labor Day, Columbus Day, Veterans Day, Thanksgiving Day, and Christmas Day.” (45 FR 20893 [1981])

Official Staff Commentary for this definition was proposed and finalized later in 1981. It comprised of two comments, the first for creditor business days and the other for precise days. Notably, the Commentary was originally proposed to be as follows (note the interrelation between the italicized parts):

However, the final Commentary removed the “there is no precise test” phrase used for the creditor business day but left the “more precise rule” for the precise business day definition (see 46 FR 50291 [1981]). Ultimately, this is how the precise day received its common name.

Subsequent Years
While the final administrative rules and official comments made due to the TILA Reform Act are fundamentally the same as they are now under 12 C.F.R. Pt. 1026, a notable difference is that the original Official Staff Commentary does not have the following from the current Commentary:

“… Four Federal legal holidays are identified in 5 U.S.C. 6103(a) by a specific date: New Year’s Day, January 1; Independence Day, July 4; Veterans Day, November 11; and Christmas Day, December 25. When one of these holidays (July 4, for example) falls on a Saturday, Federal offices and other entities might observe the holiday on the preceding Friday (July 3). In cases where the more precise rule applies, the observed holiday (in the example, July 3) is a business day.” (12 C.F.R. Pt. 1026, Supp. I, Paragraph 2[a][6]–2)

On December 13, 2001, the FRB published a proposed revision to their Commentary to (inter alia) “provide guidance … on the definition of ‘business day’ for purposes of the right to rescind certain home-secured loans.” (66 FR 64381 [2001]) The FRB stated the following:

“Generally, when consumers have a right to rescind a home-secured loan, they may exercise the right until midnight of the third business day following consummation or the delivery of certain disclosures, whichever occurs last. Comment 2(a)(6)–2 provides that for purposes of rescission, ‘business day’ means all calendar days except Sundays and the federal legal holidays listed in 5 U.S.C. 6103(a). Four legal holidays are identified in that statute by a specific date. Independence Day, July 4, is one example. The comment would be revised to clarify that only the date specified in the statute is considered a legal holiday for purposes of rescission. The proposed comment identifies the four legal holidays in 5 U.S.C. 6103(a) that are defined by a specific date, and provides an example to aid in compliance ….” (46 FR 64381 [2001]; emphasis added)

In 2002, the FRB finalized their proposed revisions without alteration. In addition to reiterating the above paragraph, the FRB provided the following:

“Comments on this proposal were about evenly divided. Several industry trade associations supported the proposal. Some consumer advocates and a few commenters representing small financial institutions were concerned that confusion would result if weekdays observed as holidays are considered business days. Some commenters expressed concern that consumers might lose a day of their rescission period if they are unable to postmark or otherwise deliver their written notice of rescission on weekdays observed as holidays.

The comment is being adopted as proposed. The comment does not represent a new rule, but merely restates and clarifies the requirement contained in Section 226.2(a)(6) of the regulation. Consumers’ ability to exercise their right to rescind is not affected because consumers can mail a notice of rescission on the observed holiday; the notice is not required to be postmarked or delivered on that day. Consumers are not likely to be confused because the rescission notice must indicate the specific date that the rescission period expires ….” (67 FR 16981 [2002]; emphasis added)

Application Today
The wording and structure of today’s Commentary concerning precise days can often cause confusion in its application. Even courts have difficulties in applying it (e.g., see Mayoral v. WMC Mortg., LLC., No. 08 C 7292, 2009 WL 3272697, at *2-3 [N.D. Ill. Oct. 6, 2009]). Particularly, legal holidays which fall on a Sunday and their observation on the following Monday can cause consternation, since this particular scenario is not addressed in the Commentary—which can lead to interpretations that, perhaps, such scenarios should be treated differently than when legal holidays occur on a Saturday, since such scenarios were specifically addressed (e.g., see Ibid.).

However, the FRB’s analyses over the decades are clear on several points:

Subsequent guidance from the FRB has provided further clarification on this point. Within their Third Quarter 2010 Issue of “Consumer Compliance Outlook,” the FRB provides many details and examples of how the business day definitions are to be applied. Among the many useful examples was the following:

Juneteenth
At this time, no amendments have been made (let alone proposed) to have Juneteenth explicitly listed in Regulation Z. This has led to some concern as to whether or not the absence of Juneteenth means that it should be considered a business day until so added.

However, in the CFPB’s interpretive rule due to the enactment of the “Juneteenth National Independence Day Act,” the CFPB implied that Juneteenth should be considered a holiday:

This correlates with the structure of the Business Day Rule. Note that before providing the list of holidays, the law uses the idiom “such as,” which is defined by Merriam-Webster as a phrase “used to introduce an example or series of examples.” As such, the list of holidays should not be construed as being limiting, but rather exemplary; whether a holiday is considered a non-business day or not depends entirely on whether or not it is listed as a federal holiday under the U.S. Code, which Juneteenth now is.

While the Commentary could be construed as being limiting, since it does not use an idiom or other grammatical structure to indicate that the listed holidays are examples, it is important to remember that the Commentary must be construed toward fulfilling its legislative intent and deference is to be given to an administrative entity’s views of the regulation, so long as such opinions are not demonstrably irrational (see Ford Motor Credit Co. v. Milhollin, 444 U.S. 555, 565 [1980]). The administrative text—which clearly provides a list of holidays as examples—coupled with the CFPB’s interpretive rule indicating that the addition of the holiday to the U.S. Code is sufficient to consider the holiday a precise day via cross-reference, provides enough context to reasonably conclude that the list of holidays within the Commentary is also a list of examples.

Altogether, Juneteenth is considered just as much a precise day as Independence Day, New Year’s, Veteran’s Day, and Christmas. Because it falls on a Sunday this year and observed on a Monday, per many decades of guidance from the FRB, that Sunday would be considered a precise day, while Monday would not. Be sure to keep this new holiday in mind when providing disclosures to borrowers in order to keep in line with time and delivery requirements.

About Author: Timothy A. Raty

Timothy A. Raty has more than a decade of experience in regulatory compliance and technology. He is currently a Senior Analyst with Mortgage Cadence, an Accenture Company, which has been partnering with lenders since 1999, offering the industry’s only true one-stop shop for mortgage technology solutions. Raty received an A.A. in paralegal studies from National Paralegal College in 2010 and a teaching diploma from the North American Montessori Center in 2005. He has authored numerous articles.