Disaster Response During a Challenging Summer 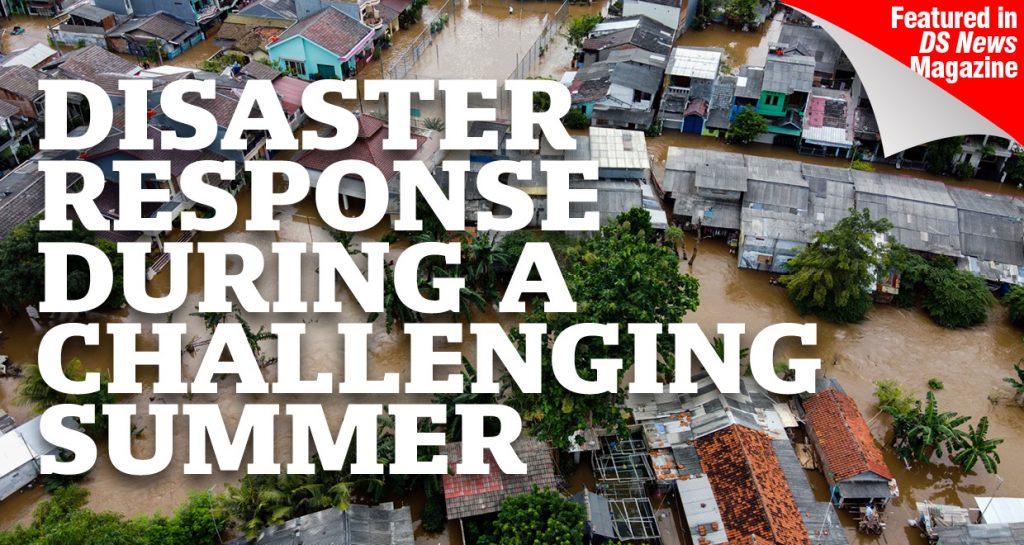 The COVID-19 crisis is expected to continue until at least June 1—probably longer. Congress is contemplating a fourth “stimulus” bill, providing more money to individuals and small businesses (and perhaps others). FEMA is also playing a large role in the battle against the virus.

Tornado season typically peaks in June, and hurricane season officially begins June 1. Above-normal activity is expected for both varieties of severe storms in 2020. If these predictions are correct, FEMA’s resources will be stretched beyond its limits.

On March 24, the Washington Post published an article by Nick Miroff, who wrote, “Coronavirus could be FEMA’s biggest disaster ever, and it threatens to swamp the agency. The coronavirus pandemic has hit the Federal Emergency Management Agency with the most sprawling, complex crisis it has ever faced, a disaster that isn’t knocking down buildings or flooding streets but threatens to swamp the government with cascading breakdowns and supply shortages, current and former FEMA officials say.

“President Trump has placed FEMA in charge of coordinating the federal response to the outbreak, and while U.S. health authorities remain in the lead on the medical front of dealing with the virus, FEMA has been tasked with handling almost everything else.”

Rachael Levy, writing for the Wall Street Journal, adds, “The Federal Emergency Management Agency, understaffed and facing the coming spring-flood season along with expected hurricanes and wildfires, is racing to adjust to its new role as coordinator of the federal government’s response to the novel coronavirus, a challenge for an agency more accustomed to dealing with natural disasters.”

The New York Times contributed to the conversation, adding, “The Federal Emergency Management Agency, the office leading the federal government’s coronavirus response nationwide, is running short of employees who are trained in some of its most important front-line jobs, according to interviews with current and former officials. With wildfire season looming and hurricane season starting in less than two months, the shortfalls could complicate federal response to disasters nationwide. But even as the virus puts new stress on the agency, it must also remain prepared to handle more typical natural disasters. Federal scientists last month predicted that 23 states would see moderate to major flooding by the end of May. This week, researchers at Colorado State University warned that this year’s hurricane season, which starts June 1, is likely to produce 16 major storms, of which four were likely to become major hurricanes.”

Awareness of the IRS casualty loss program will take on new significance with the onset of severe weather in 2020, as disaster victims search desperately for options that will provide them the cash they need to begin rebuilding their homes and their lives. If FEMA is unable to respond as quickly as they have in the past with money and necessary resources, homeowners will not only face frustration, but the beginning of their recovery will be delayed.

The IRS casualty loss program allows homeowners whose homes have been damaged or destroyed in federally declared disasters, to file claims for unreimbursed losses and obtain tax deductions. Those deductions can provide much needed cash at a critical time.

Awareness of the IRS casualty loss option for qualifying victims has been disturbingly modest. In recent years, fewer than 10% of those who have suffered unreimbursed losses have filed IRS casualty loss claims. This contributes to mortgage delinquencies, foreclosures, and a decline in creditworthiness for significant sectors of the population. In short, it leads to a decline in the financial health of many Americans.

Hurricane Florence, which damaged or destroyed 700,000 homes in North and South Carolina in September of 2018, provides good insight into the scope of the problem.

Fewer than 10% of South Carolina homes were covered by the National Flood Insurance Program at the time the hurricane made landfall. This storm, like others in recent years, caused damage in areas not normally impacted by hurricanes. Consequently, only 1% of homeowners in inland counties like Florence and Dillon had flood insurance. This is not an isolated example. We know that fewer than 20% of homeowners who suffered damage during recent hurricanes and floods carried flood insurance. We also know that 60% of all homes in America are underinsured.

There are many reasons homeowners fail to properly insure their homes against disasters. Cost is a factor, as is lack of understanding about policy coverage. However, it is a fact that the frequency and severity of storms is increasing, and they are affecting properties outside of historical impact areas.

There is no single solution designed to make disaster victims whole. Nor should there be. Rather there are a number of options that collectively make it easier for homeowners to survive the economic tsunami following a natural disaster. FEMA manages several government relief programs; lenders and servicers offer help in the form of forbearance and other programs; insurance companies play their central role; local and national organizations step in to provide basic necessities. Despite all of these efforts, few whose homes have been severely damaged escape without some unreimbursed loss.

It is not unfair to expect homeowners to share some of the risk in these situations, but when their share becomes so burdensome that they have little choice but to walk away from their homes and their obligations, other solutions need to be instituted or recognized.

It is a necessary part because it provides cash; cash that does not have to be repaid. The program is in place; no new regulations are required. It is flexible; victims can file amended tax returns to get cash quickly, or include their claim with the next regular tax filing. It is easy; victims only need to provide the required valuations and estimates of loss in order to file claims.

Any solution for disaster victims that does not include filing claims for unreimbursed losses under the IRS casualty loss program is an incomplete solution, and jeopardizes the financial well-being of those who suffer losses.

Mark L. Stockton began both appraising real estate and banking in the late 1960s. As president of a community bank in the mid ‘70s, he designed and developed the nation’s first comprehensive bank software. It would ultimately be used by one out of every three banks in the U.S. With the help of the University of New Mexico economics department and a renowned real estate litigation firm, Stockton developed the country’s first computerized residential valuation system in 1981, which produced automated valuations (AVMs), appraiser assisted valuations, traditional appraisals, and evaluations. An automated tax assessment system was added shortly thereafter.