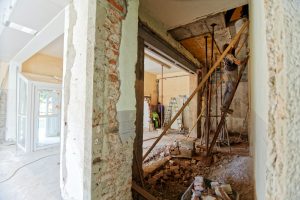 Real estate investors in the first quarter of 2021 have purchased and flipped 57,155 single-family homes and condominiums nationwide, according to the latest U.S. Home Flipping Report from ATTOM Data Solutions [1].

Such transactions represented a mere 2.7% of all home sales in Q1, or one in 37 transactions, making it the lowest home-flipping activity seen since 2000 and, as a result, both profits and profit margins also declined.

Gross profit on a typical home flip—the difference between the median sales price and the median price paid by investors—dipped this past quarter to $63,500, translating into a 37.8% return on investment compared to the original acquisition price.

"It’s too early to say for sure whether home flippers indeed have gone into an extended holding pattern. But the first quarter of 2021 certainly marked a notable downturn for the flipping industry, with the big drop in activity suggesting that investors may be worried that prices have simply gone up too high,” said Todd Teta, Chief Product Officer at ATTOM. “After riding the housing boom along with others for years, they now might be having second thoughts. Whether this is the leading edge of a broader market downturn is little more than speculation. But ATTOM will be following all market measures very closely over the coming months to find out.”

Against the norm, the flipping industry has grown in certain parts of the country. Rates went up in Springfield, Massachusetts, for example, where flips increased by 114%. Likewise, rates increased in Albuquerque, New Mexico by 103%; in Springfield, Illinois by 95%; South Bend, Indiana by 86%, and Boston by 79%.

Still, typical flip rates dipped in about two-thirds of markets. The full ATTOM report is available on the company's website, ATTOM.com [1].