House Passes Measure to Increase Financial Equity and Inclusion for All 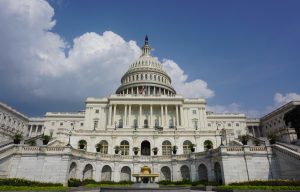 The U.S. House of Representatives has announced the passage of HR 2543, The Financial Services Racial Equity, Inclusion, and Economic Justice Act, by a vote of 215-207. HR 2543 requires important steps to increase equity and inclusion in financial services and support greater economic mobility, through the elimination of disparities, including racial and ethnic, in leveling access to financial services for all.

“As we address inflation and work to bring costs down for American families and small businesses, Congress must ensure that Americans aren’t losing money as a result of discrimination in lending,” said House Majority Leader Rep. Steny H. Hoyer. “The legislation we passed extends the ban on discrimination in lending to include discrimination on the basis of sexual orientation, gender identity, and geography, and it includes provisions aimed at making sure minority-owned businesses and entrepreneurs can access capital fairly and equitably.”

In its aim to provide fair equity to all, HR 2543 would also prohibit lending discrimination based on gender identity, sexual orientation, or geography, and establish greater language access requirements for creditors and servicers.

“This indeed was history in the making, this legislation will change the lives of millions. Too often we have seen families denied mortgages, loans, and rules by government agencies that were established to ensure fairness and equity in financial services,” said Rep. Maxine Waters, Chair of the Committee on Financial Services. “The lack of fairness in lending have prevented communities of color from homeownership, small business development, fair pricing, and protection by the government. As banks close in small towns and cities across this country, low-income communities and communities of color are cut off from access to capital.”

Rep. Al Green added, “People of color across our nation struggle to access capital and credit every day due to obstacles such as inflated loan rates or loan denials to credit worthy borrowers. These systemic barriers prevent minority communities from buying homes, launching businesses, and building wealth. As of 2020, according to the Census Bureau, the homeownership rate for Black families was approximately 44% compared to 75% for White families. And in 2021, according to the Federal Reserve, the average Black and Hispanic household held 15-20% of the wealth that a White household held.”

HR 166 makes it illegal for creditors to discriminate against individuals based on their race, color, religion, national origin, sex (including sexual orientation and gender identity), and other criteria. Under HR 166, lenders who discriminate would now be subject to criminal penalties.

HR 2516 amends the Dodd-Frank Wall Street Reform and Consumer Protection Act to require federal banking regulators to include a diversity and inclusion component in the Uniform Financial Institutions Rating System, and for other purposes.

“All of these measures combined are a quantum leap in the righteous direction to combat systemic racism and disparities in opportunity,” said Rep. Green. “Invidious discrimination in lending and homebuying must end. I thank the honorable Maxine Waters, Chairwoman of the U.S. House Committee on Financial Services for her leadership and resolve to bring the Racial Equity, Inclusion, and Economic Justice Act to the House floor for a successful vote.”